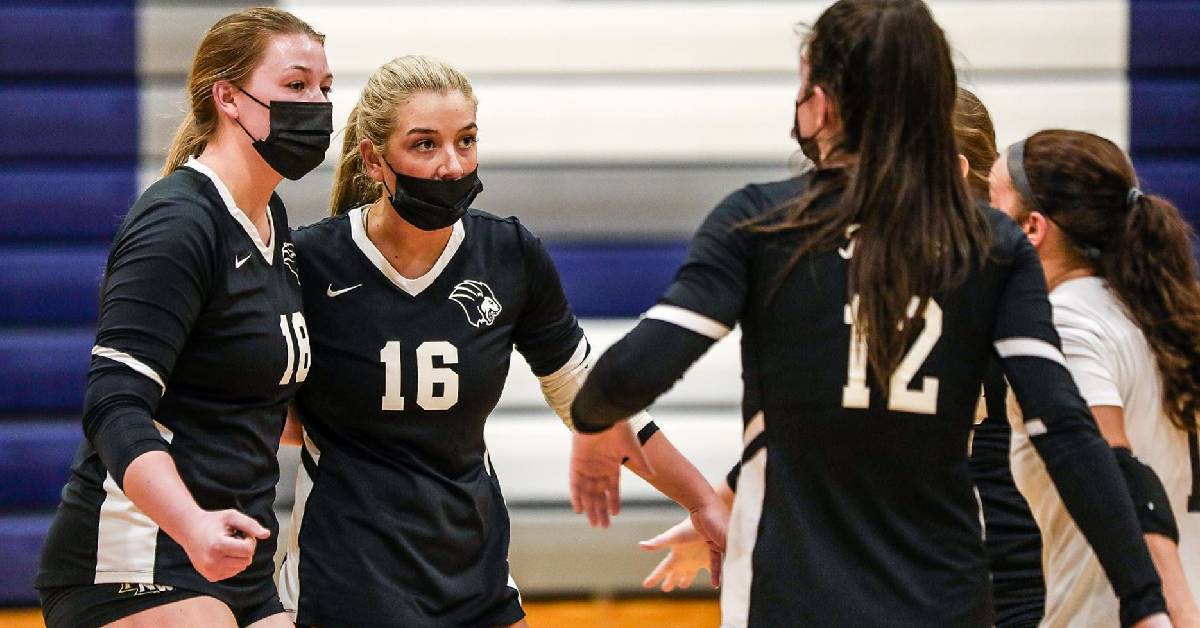 The No. 11 seed Purdue Northwest bowed out of the GLIAC Women's Volleyball Tournament following a heartbreaking defeat to eighth-seeded Saginaw Valley State in an exciting five-set thriller.

For the Pride, it was their second five-set match in the previous five outings with the young squad showing vast signs of improvement at the end of the abbreviated spring campaign.

Graduating seniors Danielle Fowler and Abigail Negri went out with a bang as both logged career highs in their final match. Fowler recorded 37 digs while Negri registered a double-double effort with 47 assists and 15 digs. The duo helped lead the way for the program's first postseason appearance in the NCAA Division II era.

PNW stormed back to even the fifth set at 10-10 and the Pride eventually grabbed a 13-12 lead following a block by Brohm.

Then, the two teams went back and forth after the score evened at 14-14 following a Bryanna Moonen kill.

PNW eventually led 19-18 after back-to-back kills from Sanders and Rachel Wilkening brought the Pride to within a point of their first win. However, the Cardinals got two straight kills and clinched match point on an ace.

Purdue University Northwest (PNW) is a premier metropolitan university dedicated to empowering transformational change in our students and in our community. Located in Northwest Indiana, near Chicago, PNW values academic excellence, supports growth, and celebrates diversity. For more information about PNW, visit www.pnw.edu.