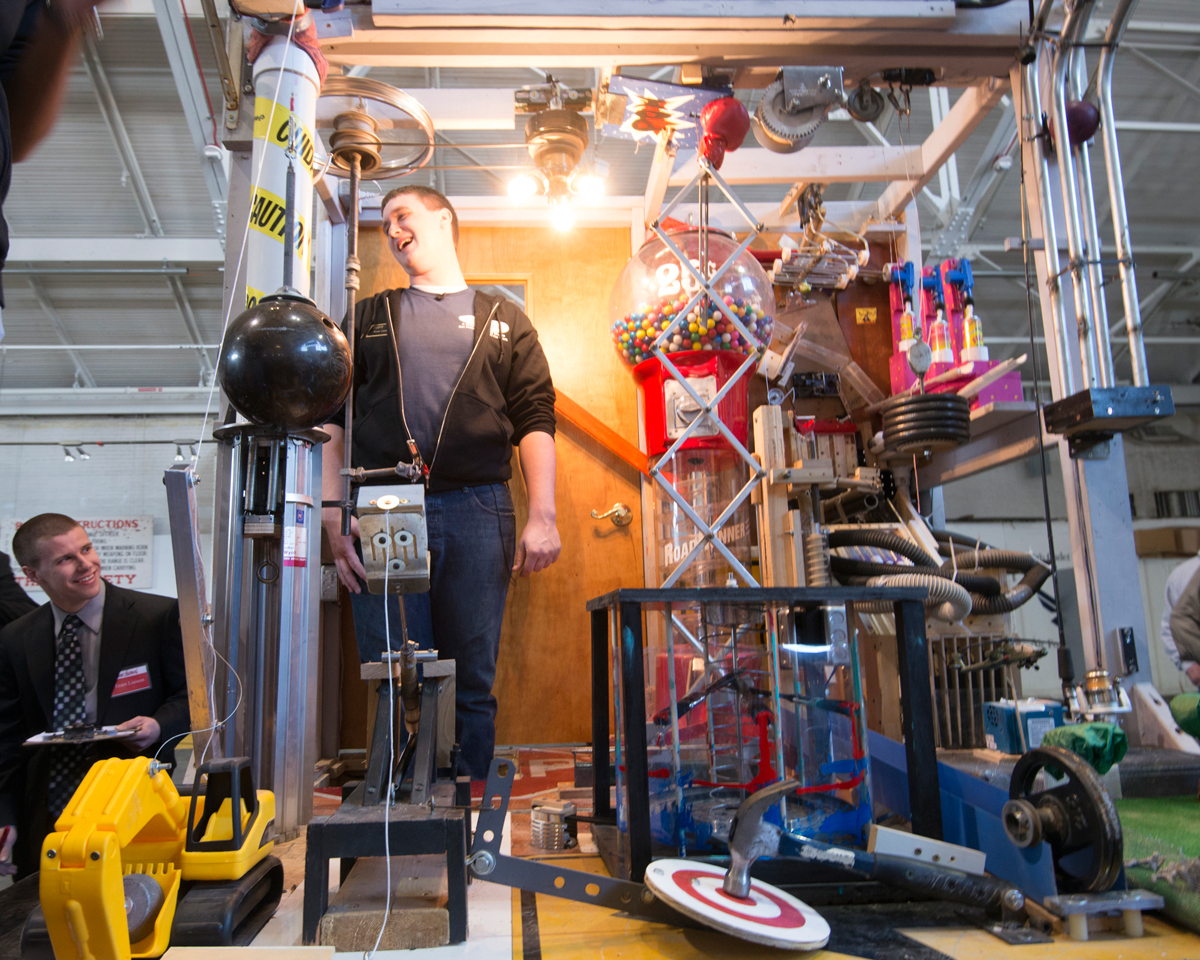 The Purdue Society of Professional Engineers brings its national champion Rube Goldberg machine to Jimmy Kimmel Live tonight where the student team will demonstrate what happens when you invest 4,000 hours to build a machine to do something even a child can do—zip a zipper.

The Purdue students rocked Rube convention when they became the first team in more than three decades of national competition to put a human inside the machine, something Goldberg often did in his cartoons. Look for that nerve-wracking role to be filled by Kimmel tonight.

The national competition was founded at Purdue in 1983 to open up to the world what had been an engineering fraternity grudge match on campus in the 1950s. PSPE holds at least three Guinness World Records for machine complexity and Purdue teams have won 8 of the last 16 national championships.

Each cartoonish machine is a set of smaller machines that must be conceived, designed and prototyped from scratch in a team environment on deadline. Only a flawlessly running machine is likely to gain a championship. As PSPE relearned this year, the machine must be inspirational, accessible and fun to gain the affection of fans and judges.