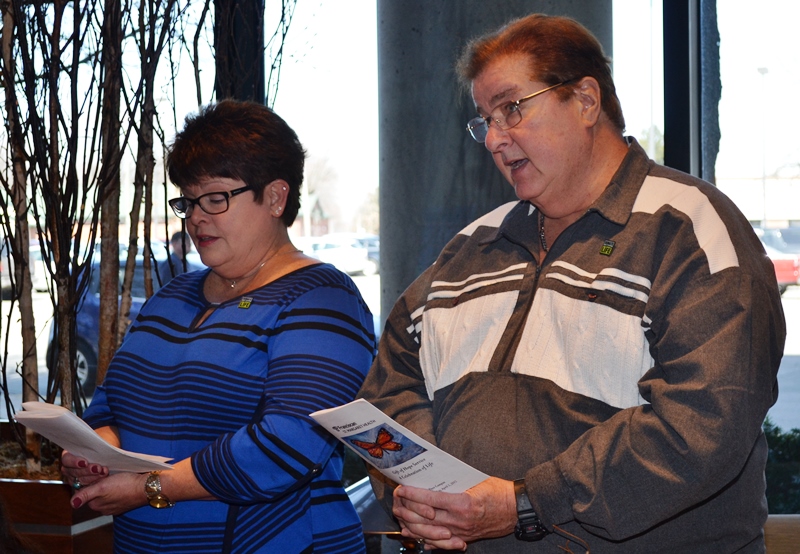 Attendees heard testimonies from nurses Lori Clark, Gale Churitch and Claudia Chiaro, who told how organ donations saved their husbands’ lives. Churitch’s husband, Peter, shown singing with her at the event, was the recipient of a double lung transplant in 2006. Prior to the surgery, he experienced shortness of breath that resulted in difficulty walking and forcing him to quit singing in the church choir. Four days after his transplant surgery, he was singing a song from his favorite musical, “Joseph and the Amazing Technicolor Dreamcoat.” The Rev. Henry Sequeira, chaplain, presided over the service and blessed Donate Life flags that will be displayed in the lobby of the hospital campus and that of the Hammond campus, 48 hours after every organ, eye or tissue donation.