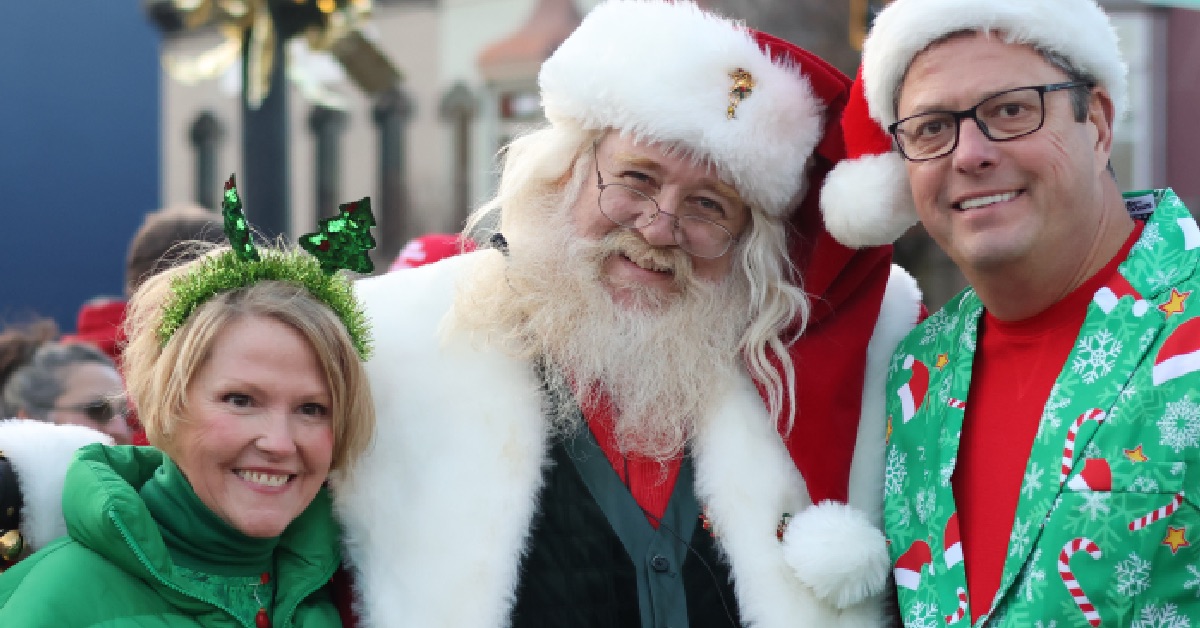 Donning his famous red suit paired with his jolly smile, Santa was impossible to miss as he rode through the streets of La Porte to spread some holiday cheer. The beloved Christmas character made his annual visit to the City on Saturday, November 26 to take part in its Santa Parade.

The parade has been a La Porte staple for years and is a favorite holiday tradition for many throughout the city.

Filled with festive floats, merry music, and just a fun atmosphere overall, the Santa Parade is easily the event of the year people always look forward to.

"Coming out here seeing Santa, having visits and starting it all off is the best," said parade-goer Amy Walissa.

La Porte Mayor Tom Dermody has always enjoyed the magic the Santa Parade brings to the city, noting the holiday spectacle never fails to garner a great sense of community. Many local businesses and shops are also involved with the fun, hosting both a holiday market and the La Porte Christkindlmarket for parade-goers to check out as well.

"Its been the largest crowd we’ve ever had," Dermody said. "And just enjoying the holiday and staying home, not going off to other places, but recognizing that La Porte is the place to be when it comes down to the holidays. "

As the parade continues to grow over time, the city is always looking for new ways to make it even bigger than the last to keep the holiday spirit alive and well. This year, a few changes have been made to the structure of the parade. This included moving the start time from 11 a.m. to 3 p.m., as well as slightly changing the route to incorporate a tree lighting at the end of the day.

"The Santa Parade is a time-honored tradition in our community, and we would love to see it grow and flourish," City Events Director Brett Binversie said. "Not only will moving the time back allow for floats to use Christmas lights, but it also allows us to tie the event into a ceremonial tree lighting at Plaza 618 at the end of the parade. We are excited to also be adding food trucks, hot chocolate, and Christmas music to the celebration across the street at La Stitch this year. We hope these additions will draw an even bigger crowd to celebrate the start of the Christmas season."

These additions proved to be a hit. Many have mentioned this has been their favorite Santa Parade to date.

"I just told them, you need to bring the spirit back, and this is what gets everybody in the spirit,” said Walissa.

A particular fan favorite was slingshots. Diana Adams has always enjoyed participating in the Santa Parade, and loves sharing the holiday spirit with a city so near and dear to her heart.

“We’ve been in the parade for like six or seven years," said Adams. "My husband goes out and buys candy and toys for all the kids, we just do it for the goodwill for our community to give back."

The parade wouldn’t be complete; however, without the star of the show, Santa Claus himself. Participating in the parade is one of his favorite holiday activities, noting the Christmas season wouldn’t be complete without a visit to La Porte. He loves coming back each year for a fun break in the action as he’s hard at work preparing his sleigh full of toys for Christmas Eve up in the North Pole.

“Everyone puts effort into this," said Santa, "Everybody that is watching puts all their effort into being so happy. You can feel the energy that happens here, I love this."

For more information on the City of La Porte and the other holiday festivities in store this winter, visit cityoflaporte.com.