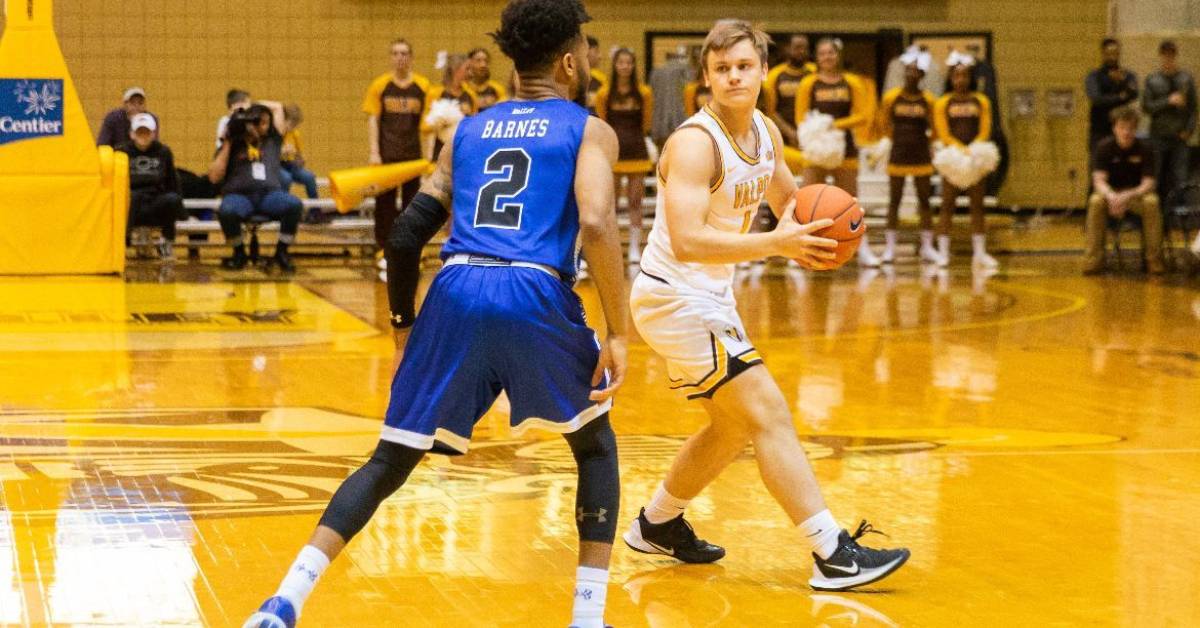 Geographically speaking, Sigurd Lorange is no closer to home than he was when he first stepped foot on the Valparaiso University campus a year ago.

But figuratively speaking, the Trondheim, Norway native and Valparaiso University men’s basketball sophomore feels much more at home after a year of adjusting to life in the United States.

“I feel like I’m closer to home this year, even though in reality I’m not,” Lorange said. “I’ve figured a lot out in terms of school, basketball and living in a new country. The transition has been much easier this year.”

Lorange has developed a connection to fellow sophomore Emil Freese-Vilien, a Copenhagen, Denmark native and his lone teammate who also hails from Europe.

“Emil and I have a lot in common with our background and where we come from,” Lorange said. “It’s hard to pinpoint the biggest difference because the whole culture is different. Just like at home, people are nice here too. It’s cool that basketball has given me the opportunity to experience a new place in the world.”

In a country where basketball is not widely popular, Lorange was quickly recognized as one of the best players in Norway from a young age. He had the opportunity to represent his country by competing for youth championships beginning at age 16 and was a U19 national champion. The next year, he played in the top league in Norway and helped his team to the championship game.

“Basketball was not as big of a deal as it is here, so that’s why it has always been my goal to use basketball to get to the States,” Lorange said. “When I was a kid, I did all kinds of sports, and the three I enjoyed most were soccer, handball and basketball. There were phases in my life where I wanted to focus on soccer or handball, but I eventually figured out that basketball was the sport that was most fun for me.”

Lorange had his freshman year limited to nine games before being shut down due to a hip injury. He underwent surgery late last season and spent much of the offseason focused on his recovery.

“Recovery went well,” Lorange said. “I’m feeling very good right now, actually better than I’ve ever felt. I’m trying to maintain that feeling and prevent any relapses. My goal is to never have to worry about my hip again. Due to the pandemic, I was able to go home during my recovery and have the support of friends and family. I had the chance to work out in my friend’s home gym. Obviously, this was the longest I had ever been without basketball since I’m normally playing for the national team in the summer. This is a comeback year for me, and I’m excited to be back.”

Lorange wasn’t the only one missing basketball during the months when the team was separated due to the pandemic. A pent-up desire to be on the court has been evident in early practices.

“We had meetings through the summer, and there was a lot of anticipation for getting back here and being able to practice and work out together,” he said. “Because of that, you can see the extra intensity and joy from everyone on the team in our practices. This has strengthened the bond we have with one another on and off the court and taught us not to take anything we have for granted. When something is taken away from you, it makes you appreciate it even more when you have it back.”