At Thursday’s 13th Annual Innovators Induction Ceremony starting at 6 p.m., The Society of Innovators of Northwest Indiana in conjunction with Ivy Tech Community College will announce its top awards in the individual Fellows category as well as the team category in The Venue at Horseshoe Casino, Hammond.

A special highlight is Chenn Q. Zhou, Ph.D., Purdue University Northwest, will be named the 2017 Gerald I. Lamkin Fellow for Innovation and Service. This highest Fellow award is given not for a single innovation, but for the “accretion of power for good” over time. Nominated for launching the Steel Manufacturing Simulation and Visualization Consortium, Dr. Zhou was among the first Fellows named in 2005. Then in 2012, she received the highest team award, The Chanute Prize for Team Innovation.

In the team category, the Hammond Group, Inc., will be named the recipient of this year’s Chanute Prize for its state-of-the-art Lead Acid Battery Laboratory. Also receiving top recognition is the Arconic Power and Propulsion La Porte Engineering Team; it will be the co-recipient of the Leonardo da Vinci Accelerating Greatness Award for Team Innovation. The other co-recipient is the Plate Accelerating Cooling Technology Team, sponsored by the ArcelorMittal Global R&D Center and Burns Harbor Plate.

“We are proud to serve our community by discovering these amazing innovators across our region from all walks of life,” said R. Louie Gonzalez, chancellor of the college’s Lake County campus, which includes Ivy Tech facilities in East Chicago, Gary and Crown Point.

These innovators will be among 40 individuals and teams to be recognized as new Members of The Society. Also honored will be four other existing Members from earlier classes. All Members receive honorary lifetime membership in The Society of Innovators.

In addition to the 19 new individuals and 21 teams inducted this year, the Society also honors associate Team Members who make up the teams. Both individual and team Members receive personalized certificates. These are sponsored by NIPSCO and Don Babcock, director of economic development for NIPSCO and vice chair of The Society of Innovators.

“The selection of our individuals and team Members culminates a rigorous six-month process based upon nominations reviewed by leaders serving as reviewers and judges,” said O’Merrial Butchee, director of the Gerald I. Lamkin Innovation and Entrepreneurship Center for Excellence. “Our goal is to select the most innovative individuals and teams in our seven counties.”

Nominations were submitted from Jasper, Lake, La Porte, Newton, Porter, Pulaski and Starke Counties. Nominations opened this year on May 5th, Innovation Day at the Purdue Technology Center of Northwest Indiana. The award winners were selected from 12 finalists consisting of five teams and seven individuals.

The Society of Innovators was established in 2005. It is the largest project of the Gerald I. Lamkin Innovation & Entrepreneurship Center for Excellence. It is based at the Gary 35th avenue location of the Lake County Campus.

At tonight’s induction ceremony, the following individuals will be announced as Fellows, including the Gerald I. Lamkin award recipient: 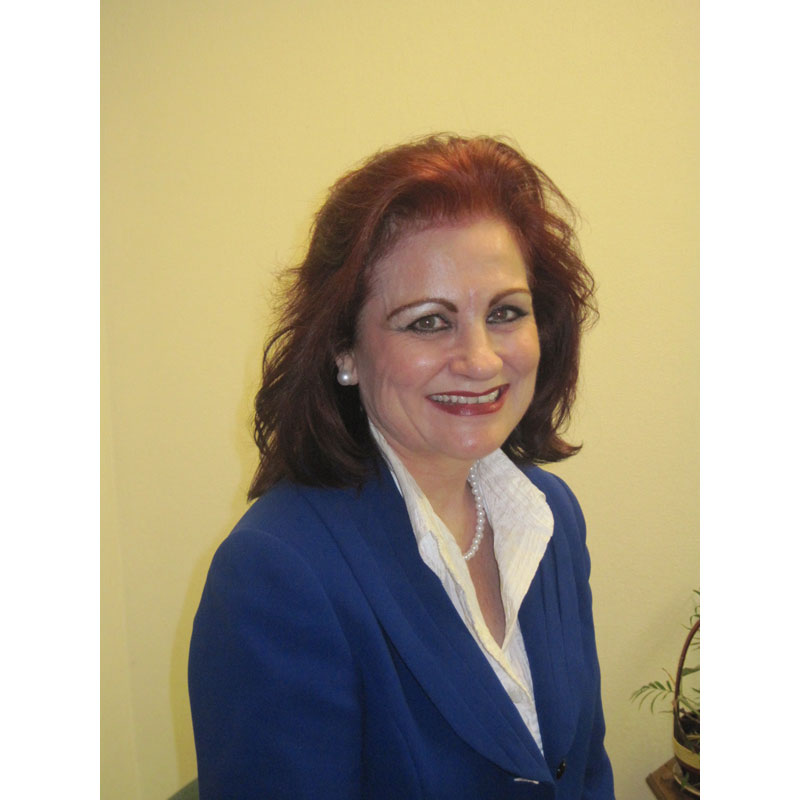 Dr. Teresa A. Eineman, Crown Point Community School Corporation superintendent, led a systems-based approach to turn around a “stagnant” district by implementing a continuous improvement model applying proven business practices to education that put Crown Point among elite performing districts in Indiana and the nation. This transformation over 12 years was inspired by the “Good to Great” classic, leading to more accountability, enhanced performance and new ideas from her team of principals and staff. 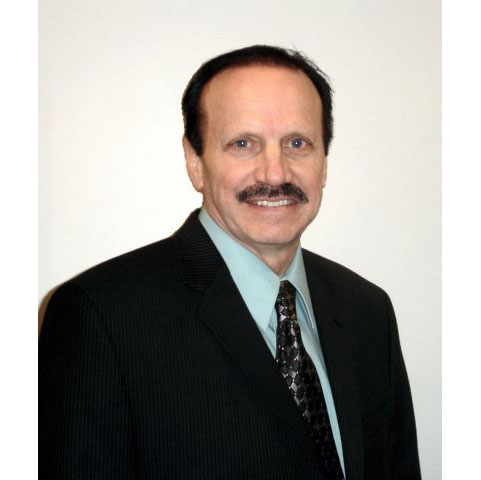 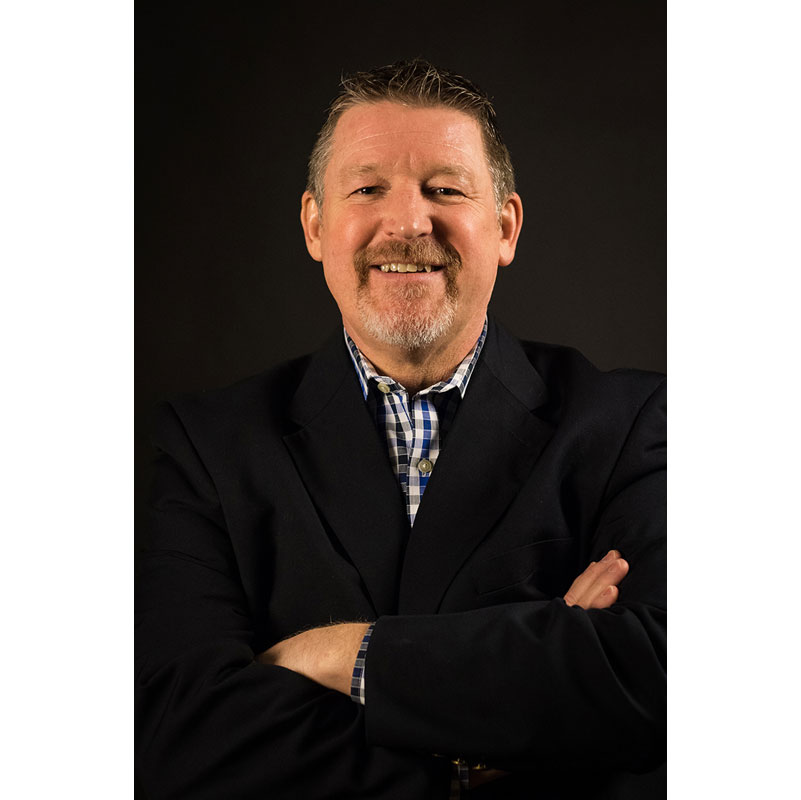 Chris Mahlmann, founder, Ideas in Motion Media, Valparaiso, launched a “good news” online company covering Lake, Porter and La Porte counties. It began over his garage and now his business model featuring only positive news employs 20 fulltime employees producing four “Life” editions serving 65,000 readers. He began by introducing his idea to existing media, and then the former president of a financial markets company decided to launch it himself. He was named a Society Member in 2013. 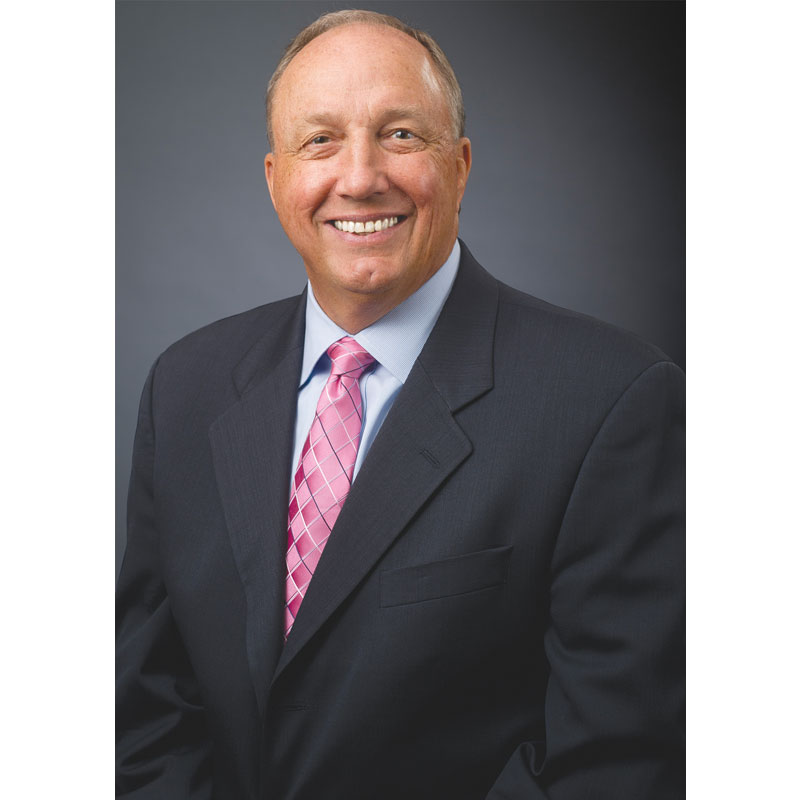 Michael E. Schrage, chairman, president and CEO, Centier Bank, Merrillville, transformed a small, family bank that began 122 years ago into the largest bank of deposit in Northwest Indiana and Indiana’s largest private bank. His success has demonstrated innovative marketing through the “not for sale” emphasis and putting values that influence 850 employees to work for customers. This turnaround had its origins in a near bank failure in the 80s, followed by a traumatic health experience in the early 90’s. He was named a Society Member in 2006. 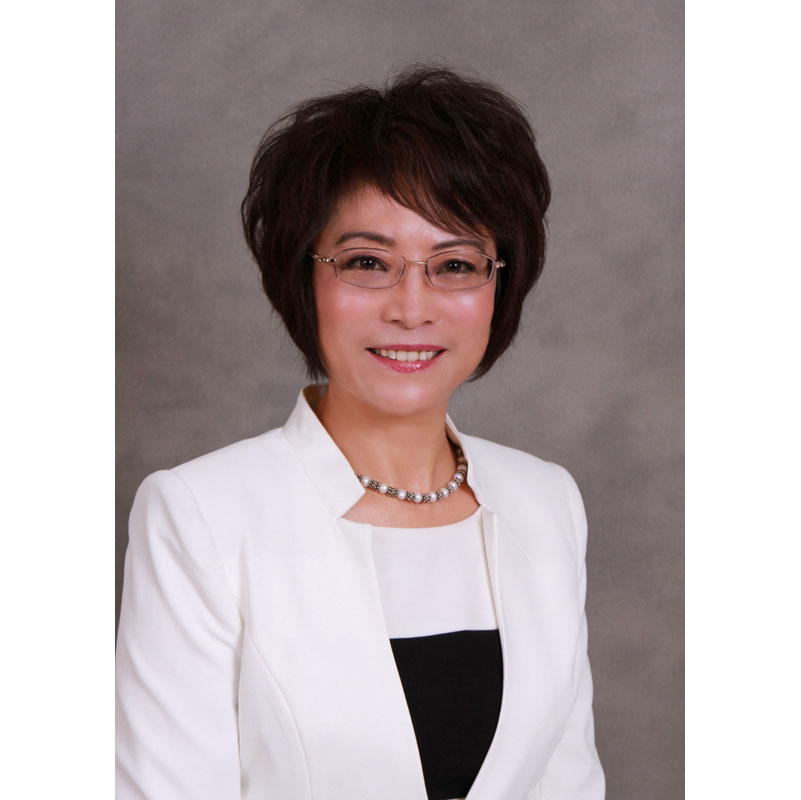 Chenn Q. Zhou, Ph.D., is founding director of the Steel Manufacturing Simulation and Visualization Consortium based at Purdue University Northwest. Dr. Zhou will receive the Society’s highest Fellow Award, the Gerald I. Lamkin Fellow for Innovation and Service. She organized the steel consortium among steelmakers to advance the beleaguered steel industry by focusing on new technologies, including simulation and visualization. In 2012, she received the Chanute Prize for launching CIVS, the Center for Innovation through Visualization and Simulation, also at PNW. In 2005, she was selected as a Fellow for her work to extend the life of blast furnaces.

The following teams will be named recipient of the Leonardo da Vinci Accelerating Greatness Award for Team Innovation: 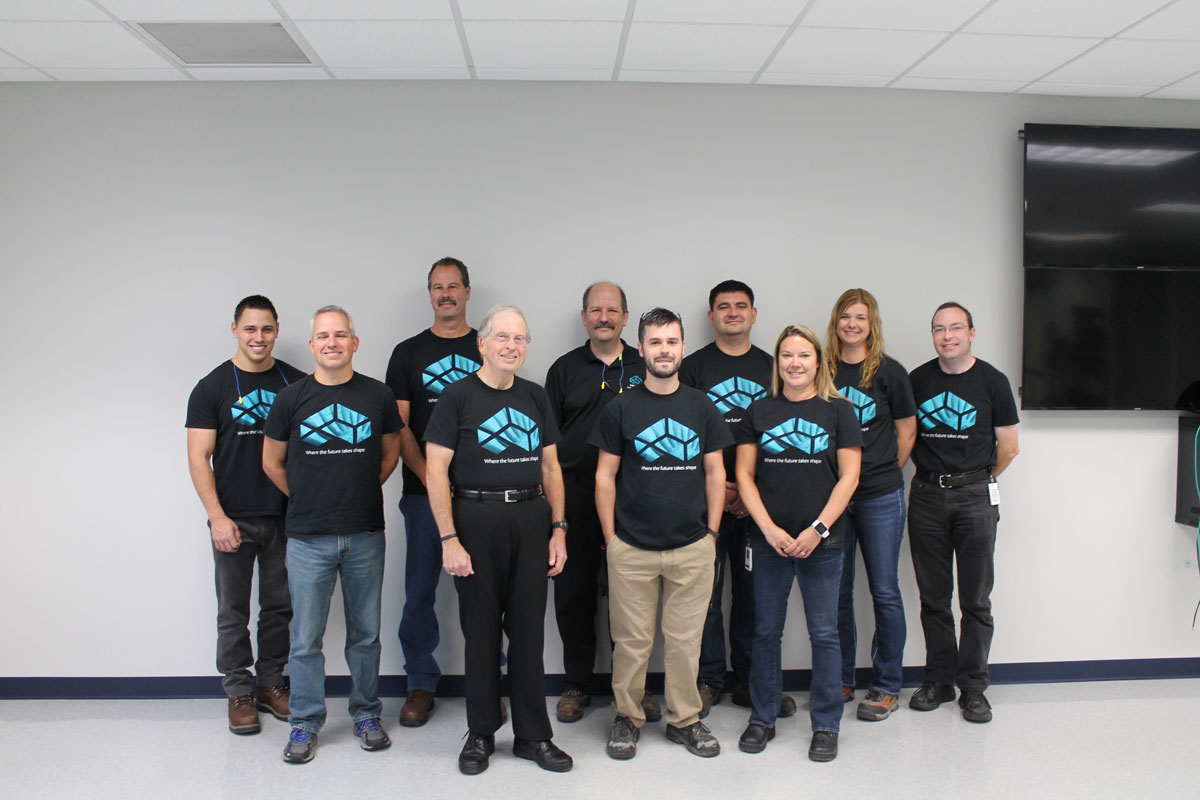 The Arconic Power and Propulsion La Porte Engineering Team, led by Chris Kraynak, director, Structural Operations, pioneered the manufacturing process for a first-of-its-kind, single-piece casting for Pratt & Whitney’s next generation Pure Power® Geared Turbofan™ jet engine. The casting is nicknamed “the cornerstone” because its implementation laid the foundation for a $100 million plant expansion. The expansion has captured growing demand for advanced jet engine components and created more than 300 advanced manufacturing jobs since 2015. 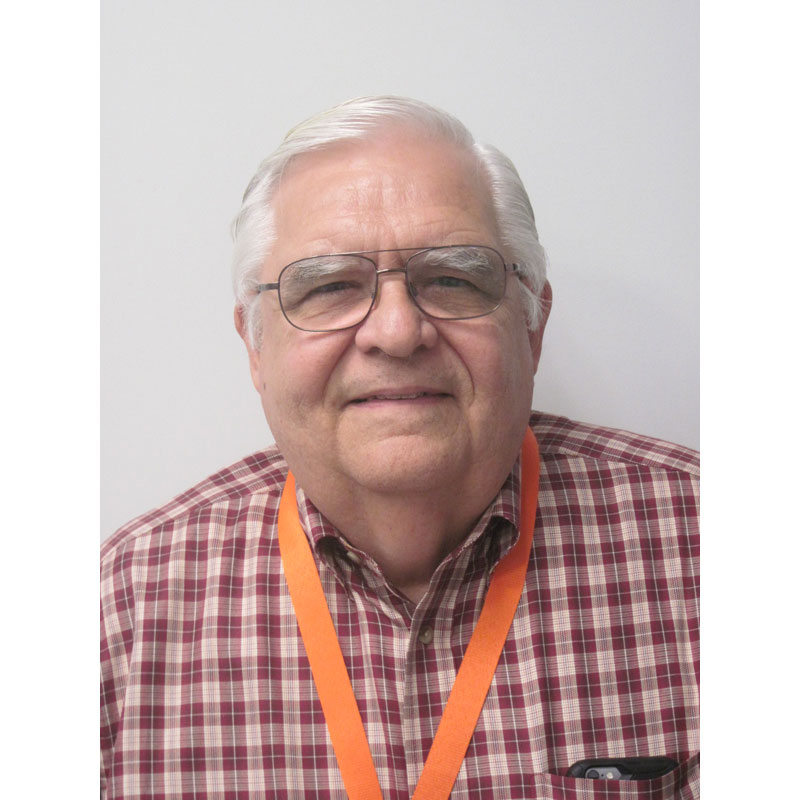 The following team will be named recipient of The Society’s highest team award - The Chanute Prize for Team Innovation: 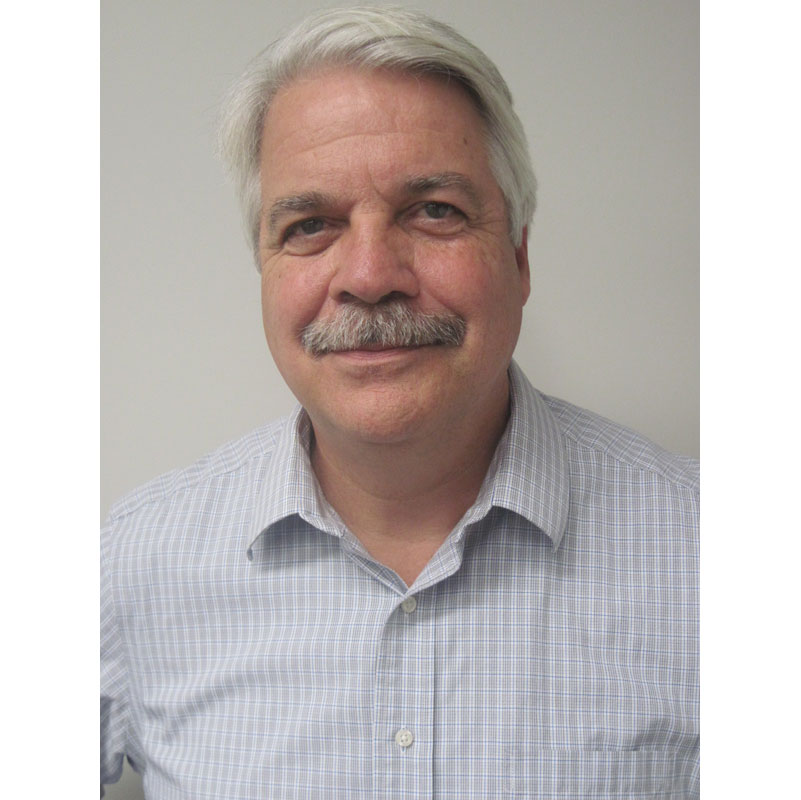 The Hammond Group, Inc. (HGI) led by chairman and CEO Terry Murphy, completed its state-of-the-art Lead Acid Battery Laboratory in 2015. The laboratory was created to work with industry to improve battery charge acceptance (rechargeability) and cycle life to meet the ever-increasing demands from automobile manufacturers and renewable energy markets. In 2016, HGI received the Battery Council International’s inaugural global innovation award for their advanced chemistry breakthroughs and industry commitment at the new R&D center on Michigan Street.

Ivy Tech Community College is the state's largest public postsecondary institution and the nation's largest singly accredited statewide community college system. Ivy Tech has campuses throughout Indiana. It serves as the state's engine of workforce development, offering affordable degree programs and training that are aligned with the needs of its community along with courses and programs that transfer to other colleges and universities in Indiana. It is accredited by the Higher Learning Commission and a member of the North Central Association.