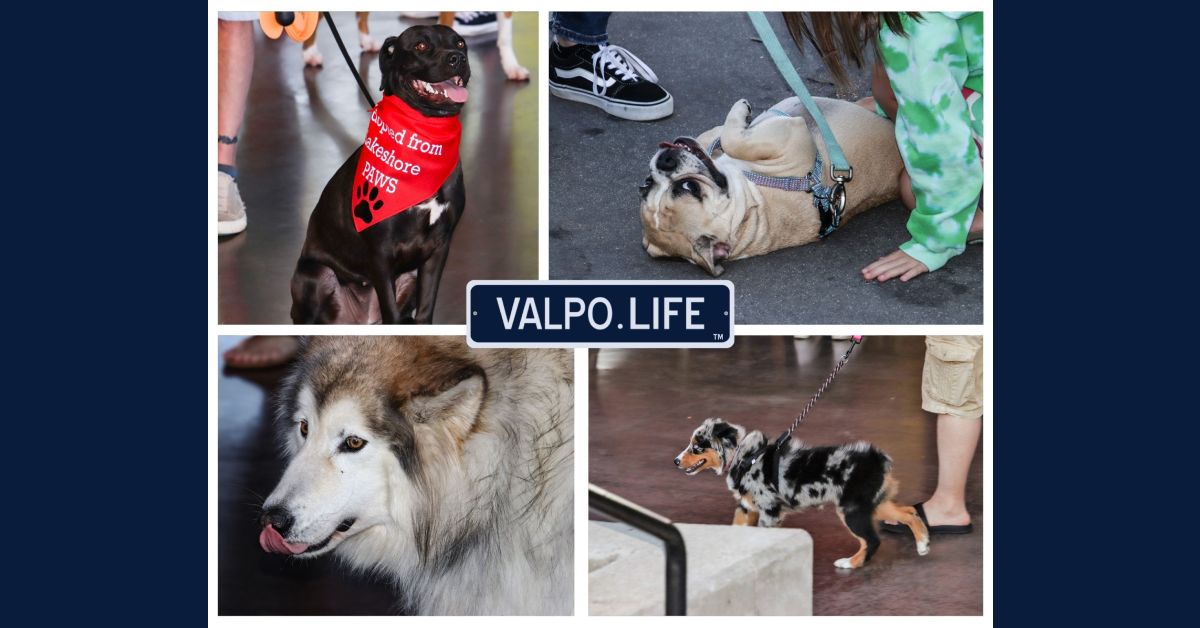 On June 18, Lakeshore Paws partnered with Century 21 Alliance Group to host their 2022 Pup Crawl in Downtown Valparaiso. The Pup Crawl is a massive fundraiser for the nonprofit organization, and it's their largest one of the year. Lakeshore Paws is mainly volunteer-run and the event would not have been possible without their contributions.

Eric Liss is currently one of the board members for Lakeshore Paws, initially having been a volunteer for the organization alongside his daughter 11 years ago before coming onto the board. Liss already knew he loved what he was doing at Lakeshore Paws and took on more responsibilities through the years which led him up to the point he is now.

“This brings us a lot of exposure to the community," said Liss. “This helps; this brings us out and we have a lot of dogs out here, people get to see our dogs, interact with them."

At the Pup Crawl, the main entity anyone would notice is the number of canine friends walking around the park, and Lakeshore Paws brought in its own large number of dogs that wore “adopt me” signs on their backs. Bringing the dogs to visit with the public is a massive contributor to the event, giving the dogs exposure and possibly, new homes. Being out in the open with the dogs gives some individuals who have been wary about adopting a friendly pet push towards possibly taking home one of the many dogs.

Along with the dogs from the animal rescue itself, some also brought their dogs they adopted in the previous years from the shelter for visitors to the event to see. Not only did bringing these dogs back to the Pup Crawl help with exposure again, but it was a chance for individuals from Lakeshore Paws to reconnect with the dog’s owners and see the dogs they had in their rescue, but with the loving people they were adopted to.

The Pup Crawl had many activities going on that people who came could enjoy. There was an active raffle , stations where people could see the dogs and puppies for adoption to learn about them, various stations with merchandise of all sorts, food trucks out on the street and a live band that played on the stage for entertainment. There’s also an easy family-friendly dog walk around Valpo that takes place for dog owners to enjoy with their dogs. The walk isn’t a type of race but is centered on enjoyment for the families and their canine companions to take part in with various rest stations and dog water stations.

Century 21 Alliance Owner Jeanne Sommer is additionally the President of Lakeshore Paws and was in charge of orchestrating the entire event. Sommers made sure everything ran smoothly as sometimes these events can become a lot to handle. Sommer made sure everything was going to plan at the Pup Crawl so that both the visitors and people working would enjoy the time there. Everything ran well thanks to all the people involved which made the Pup Crawl an amazing event to attend.