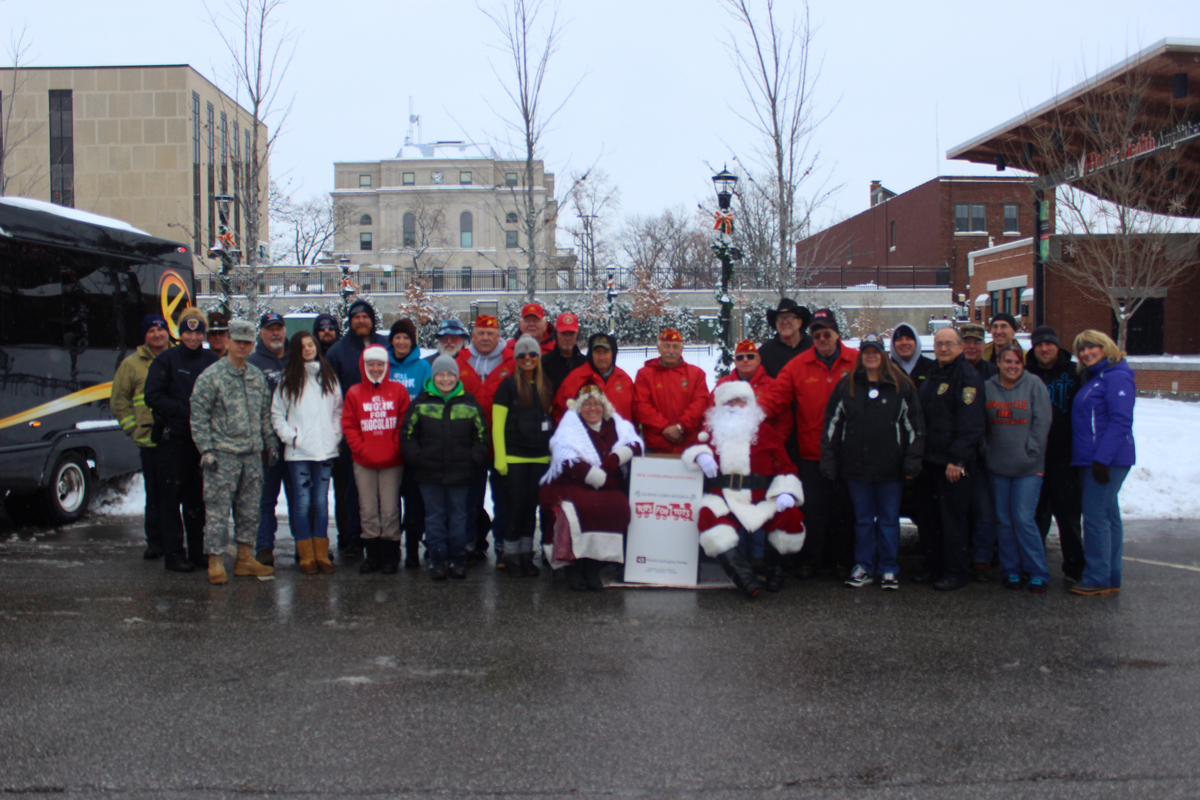 Santa and Mrs. Claus enjoyed the festivities, as well. The three-hour event collected approximately 12 barrels of toys and almost $500 for the local Toys for Tots campaign. 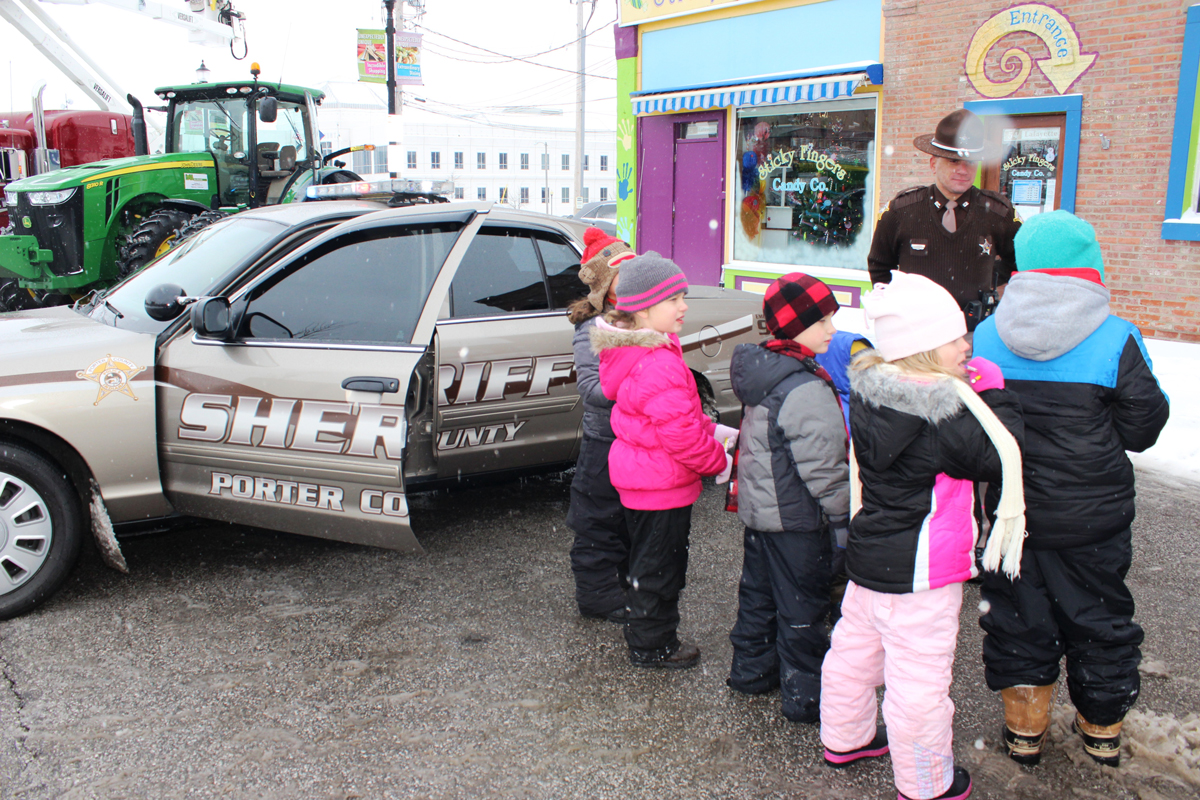 2. Kids of all ages enjoyed the Touch a Truck event sponsored Dunes Leathernecks Detachment Marine Corps League members and hosted by Valpo Parks at Central Park Plaza on December 14. These kids bundled up for the event and got up close to this Porter County sheriff and his vehicle, asking questions and talking with the officer.