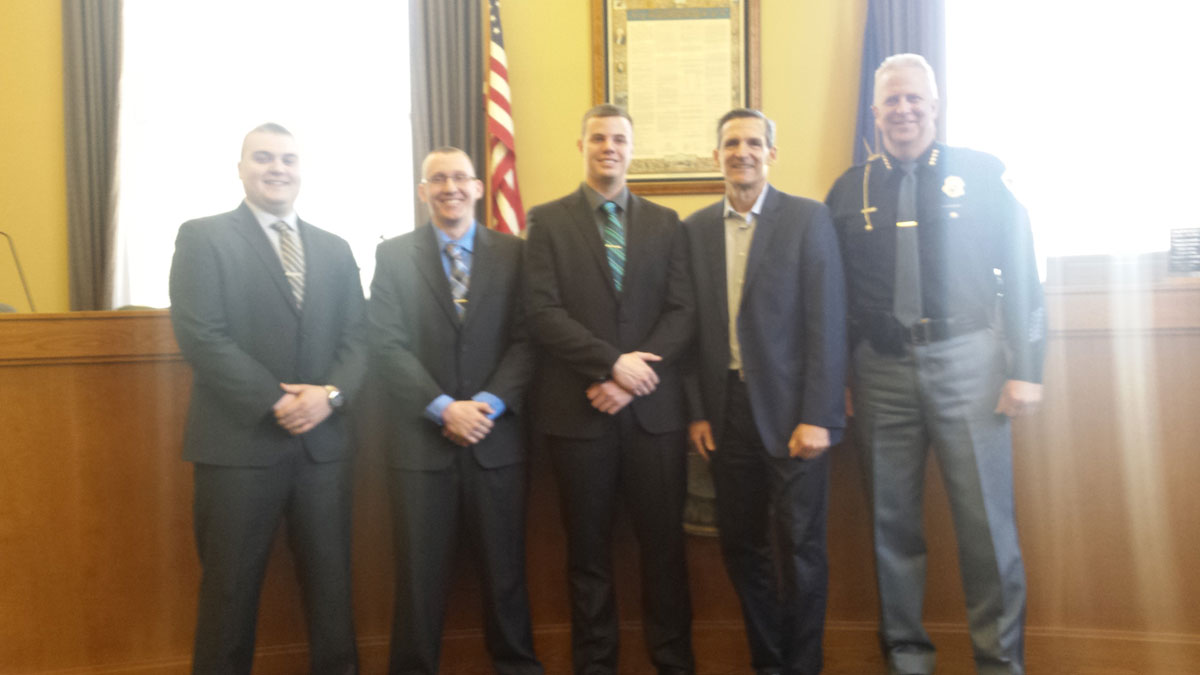 Thomas, Eric and Benjamin were sworn to duty at City Hall with numerous family members, friends and officers from the department in attendance.

Officer Zega is a graduate of Lake Central High School. He also holds a Bachelor of Science degree from Purdue University.

Officer Jezierski is a graduate of Hanover Central High School. He holds an associate’s degree in Science of Criminal Justice from Ivy Tech. He previously was employed by the Starke County Jail.

Officer Teufel is a graduate of Metamor Township High School (Illinois). He was enlisted with the U.S. Coast Guard and is currently an Enforcement Specialist in the Coast Guard Reserves.

All three will begin their training immediately with the department.