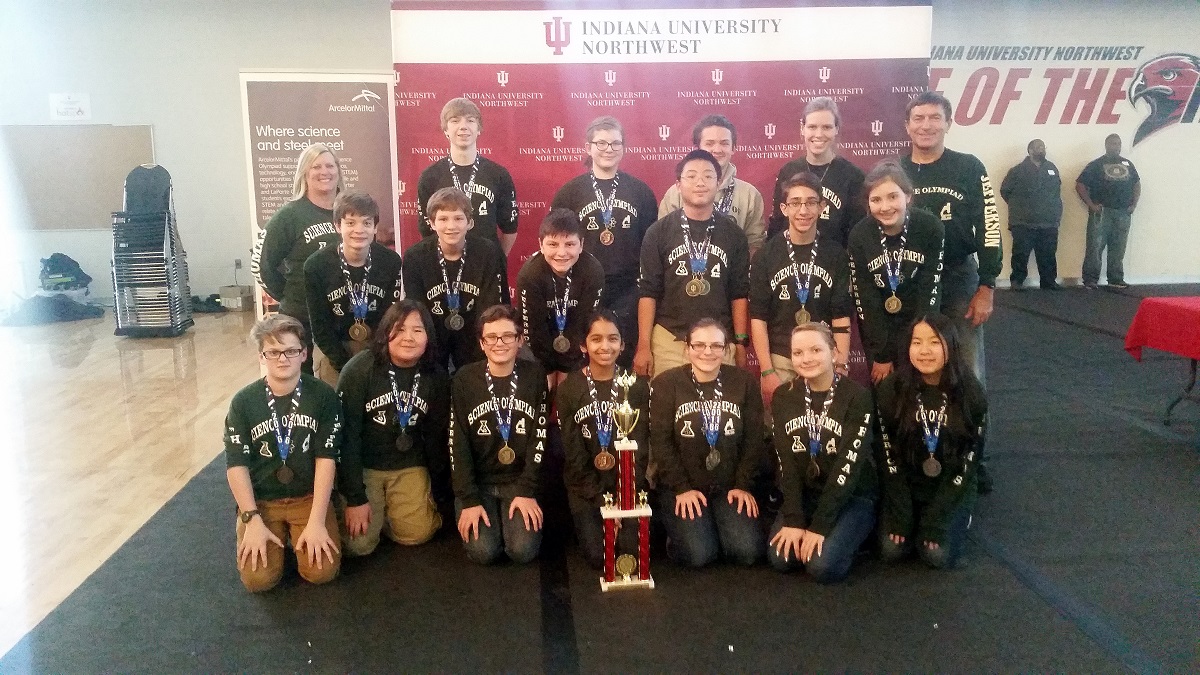 In 1985, the first Science Olympiad team from Thomas Jefferson Middle School took a partial team of about 10 enthusiastic students to Indiana University Northwest to compete at the state competition. The team placed 10th out of a field of 16 teams. In 1986, Carol Haller and Richard Bender teamed up to coach the squad, and better preparation resulted in a place of 4th out of a field of 20 at state. In 1988 and 89’ the team placed a close second, narrowly missing a trip to national competition.

On Saturday, the 2016 team won the regional title at Indiana University Northwest out of a field of 17.

This earned them the right to compete at Indiana University on March 19 with a field of 30 teams. The winning team advances to national competition at University of Wisconsin Stoudt in late May.

On Saturday, TJ earned first place as a team with the low score of 62 points, Stanley Clark of Goshen had 99 points, Chesterton had 111 points, and Wilbur Wright earned 126 points. Teams compete in 23 nationally sanctioned events and teams are scored with one point for first, two for second, etc. A perfect score would be 23 points.

The team practices on Mondays and Wednesdays from 3-4:30pm, Tuesday and Thursdays 6-7:30pm, Friday 3-4:30pm at the Valparaiso University Planetarium for Astronomy, and Saturdays 10-2:30pm. The team's success depends on phenomenally supportive parents and a cast of volunteer coaches, community support, and alumni support. Other local teams advancing to state competition are Ben Franklin Middle School, Westville, and St. Thomas More, and Kahler and Valparaiso High School.