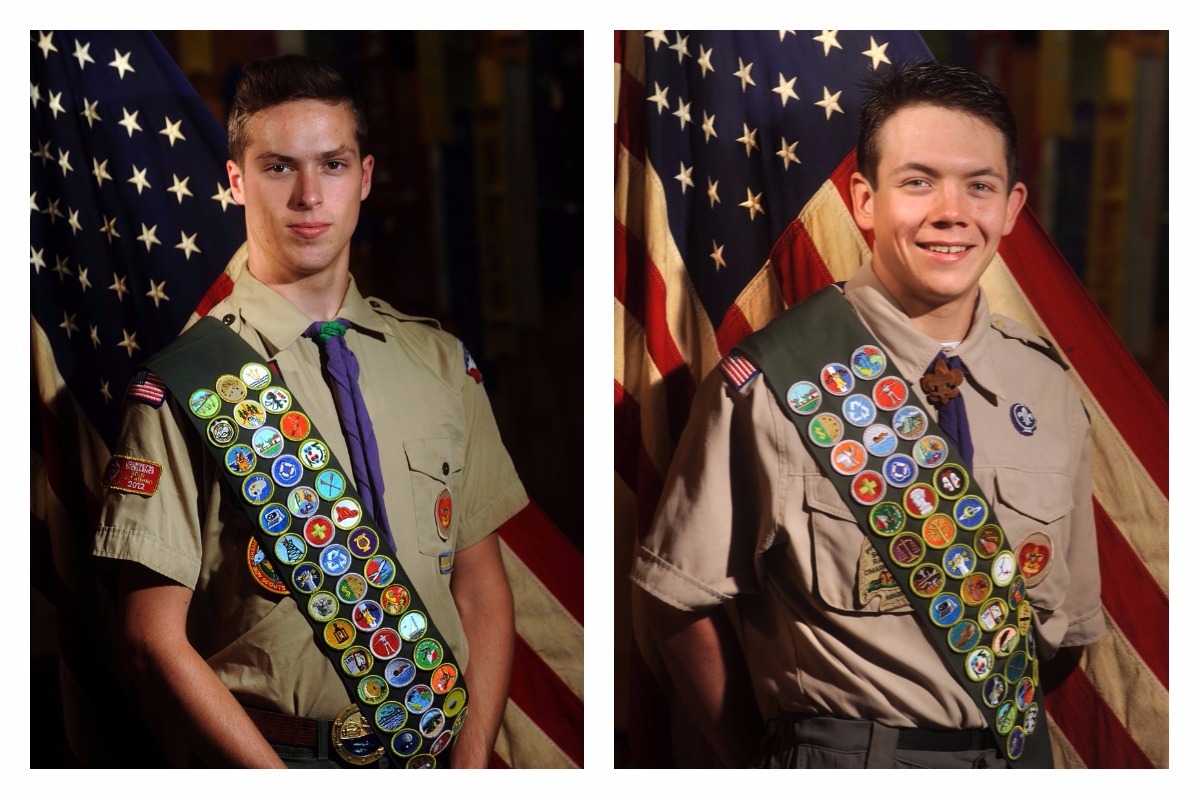 Two members of Boy Scout Troop 907, based at First Christian Church in Valparaiso, will receive the rank of Eagle Scout, Boy Scout’s highest honor, on Oct. 29.

Joseph Lavalley and Russell Moretton are longtime members of Troop 907 and both have participated in a wide array of troop activities, as well as high adventure programs.

Joseph, 17, is a senior at Valparaiso High School. He started in scouting in second grade. He has accumulated 41 merit badges in that time, and his Eagle Scout project, done in conjunction with the Valparaiso Parks and Recreation Department, was the beautification of park-owned land at the corner of Roosevelt Road and Glendale Boulevard, with the planting of thousands of bulbs and perennials.

In addition to Boy Scouts, Joseph is involved in Speech, Debate and Mock Trial; is senior class president and president of the German Club; is a member of the National Honor Society; and has participated in the April Antics variety show and Mocha Madness improv show, among other activities.

Joseph’s parents are Amy and Andy Lavalley of Valparaiso, and his sister Anna is a sophomore at Valparaiso High School. He plans on pursuing a college degree in the sciences.

Russell, 18, has been home schooled for middle and high school and is taking classes at Ivy Tech’s Valparaiso campus to receive his high school diploma. He has been in scouting since first grade, earning 45 merit badges. For his Eagle Scout project, Russell built a walk-in storage unit for the dog rescue organization Lakeshore PAWS in Valparaiso.

Russell’s parents are Laura and Dean Moretton of Valparaiso. His brother Alan received the rank of Eagle Scout through Troop 907, and his brother Ryan also is an alumnus of the troop. Russell will be going to college for a degree in the medical field.