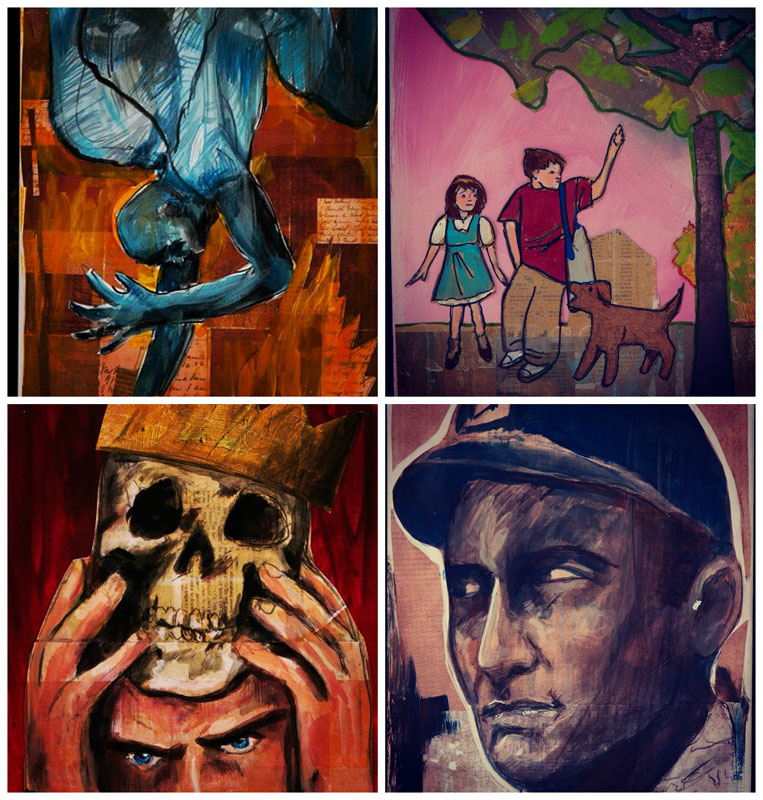 Local amateur actors can still have the opportunity to be part of Chicago Street Theatre's 60th Anniversary Season by taking part in their Second Round Unified Auditions happening at the theatre on Saturday, January 23. Directors for the company will be casting adult roles for the four plays remaining in the group's season with General Readings beginning at 10 AM. These auditions are for: Henry and Ramona; The Angels of Lemnos; Cobb; and the theatre's Shakespeare in Central Park Plaza production of Hamlet.

Chicago Street Theatre is located at 154 W. Chicago St. in downtown Valparaiso. Each year they hold two sessions of Unified Auditions for each half of their theatre season. Community Theatre Guild, who operates CST, is a a volunteer organization comprised of artists, actors, stage technicians, and directors who have gained a reputation throughout the region for their professional quality productions and cultural impact on their community. This is the theatre's 60th anniversary of sharing their high level of work with Northwest Indiana.

Henry and Ramona by Cynthia J. McGean is CST's March Family Feature based on the Newberry Award-winning book series by Beverly Cleary. Junior cast roles were auditioned in the Fall, but there are adult roles for people to portray parents and neighbors available on Saturday. Director, Kari-Anne Innes is excited to bring young audiences the adventures of Cleary's: beloved sisters Beezus and Ramona Quimby; the perennial hero, Henry Huggins; and Ribsy the dog March 6 -14.

In April Chicago Street is bringing back the drama that launched the career of their resident playwright Jim Henry and earned the theatre its reputation for producing new works. The Angels of Lemnos tells the story about a mentally ill, homeless man named, "Nathan Spandrel" who finds an abandoned baby that he believes to be a "fallen angel. The discovery leads him on a quest to return the child to Heaven while battling the inner demons of his past. Eric Brant and Daena Sisk direct this poignant play filled with humor, tragedy and triumph. Performances are April 10 through 25.

Baseball's Ty Cobb- "The Georgia Peach" was one of the greatest athletes and most notorious public figures to ever play the game. May 22 through June 6, CST and NIETF Award-winning Director, Justin Treasure will examine the life this controversial man with Lee Blessing's Cobb. Full of humor and nostalgia the play takes a surreal look at the baseball player's career when an older Cobb is confronted by two younger versions of himself.

Chicago Street Theatre will close its 60th Anniversary Season with the event that has entertained over 2,500 people in July of 2015. This is the fourth year that the company will be producing Shakespeare at Central Park Plaza in partnership with The Valpo Parks Department and the City of Valparaiso. CST is very proud to be presenting Hamlet on July 10 and 11 with ticketed performances of the Bard's classic tale of murder, mystery and madness returning to their stage July 17-25. The tragedy tell the fateful tale of a prince who returns home for his father's funeral only to unravel a web of treachery and conspiracy among his family.

Information on the CST Second Round Unified Auditions is available at ChicagoStreet.org with audition forms, script sides and character descriptions. Actors are encouraged to pre-register for the auditions and should understand that all roles are being done on a volunteer membership basis. To the best of their ability, the directors will attempt to cast the roles based on those who attend the Unified Auditions between 10 AM and 2 PM on Saturday, January 24. The process for the auditions will consist of: General Readings from prospective actors in the Morning Session; A Brief Lunch Break with food provided; Afternoon Break-Out Sessions with Specific Readings for each play being conducted in different rooms in the theatre. Chicago Street Theatre is located at 154 W. Chicago St. in downtown Valparaiso.

Cast lists will be posted ( generally within a week's time) on the theatre's website when directors have finished the casting and audition process. If cast in one of the plays, actors are required to become members of Community Theatre Guild who operates Chicago Street Theatre. CST is also opening the play TAMMY: A Coming of Age Story About a Girl Who is Part T-Rex by member Julia Weiss on Friday, January 23 t 8 PM and hosting One Night Jam: An Evening of Stupid Things with member Sarah Dooley on Sunday, January 25 at 7:30 PM. Tickets to all of this season's events are available at ChicagoStreet.org or by Calling the Box Office at 219-464-1636 X1 weekdays from 10 AM to 2 PM.

In addition to the productions and concerts taking place during CST' s Season 60, Tickets are Now on Sale for the group's largest fundraising event: CTG ENCORES: Diamond Anniversary Jubilee taking place at the Valparaiso Center for the Arts on Friday, February 27. The event will celebrate 6 decades of music and memories from the theatre's long history of serving the community with members past and present reprising roles and songs, catered appetizers, a one-of-a-kind silent auction and MORE. Tickets to the black tie optional gala are $60 per person. For details on purchasing company sponsored Celebrity Circle Tables, contact Kelly Hite, CST's Director of Development at 219-464-1636 X2 or by email at kellyh@chicagostreet.org.