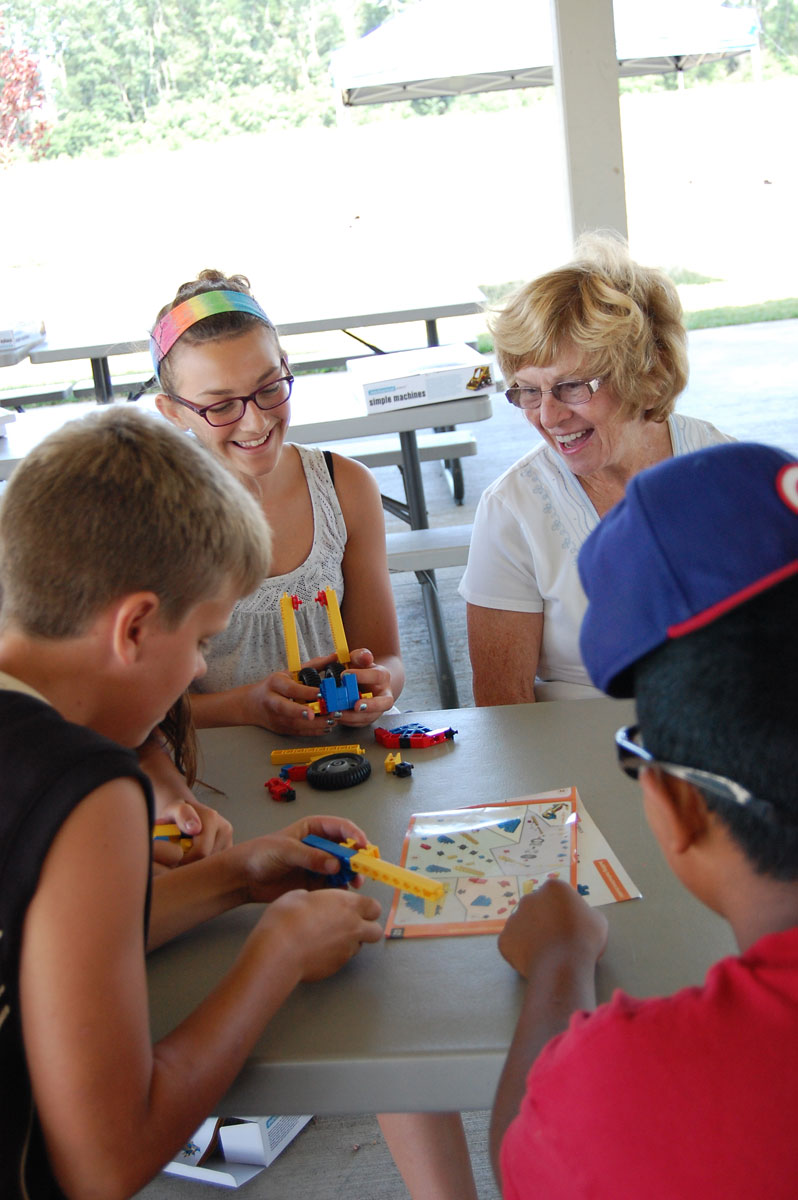 Cross “learning to swim” off Jacki Stutzman’s ever-evolving bucket list. Two years ago with the help of the Y and swim instructor, Ruth Cavanaugh, along with encouragement from her friends, she finally learned to swim. As a child, Jacki lived up the street from the old Y, but because she developed sinus problems due to the chlorine, she had to stop taking lessons. After she returned to Valpo in 2009, she joined the Y and decided it was time to get serious about learning to swim.

Jacki became a Valparaiso Family YMCA Board Member in 2010 and has been an active donor for education and Child Care programs. This reflects her lifelong passion for learning. She taught elementary school for over 28 years. In 1992–1993 Jacki was selected by her school in the Highland Park ISD in Dallas, Texas, as “Teacher of the Year.” She was also nominated by one of her former students to be included in the 1994 edition of “Who’s Who in America’s Teachers.” She loves when a child gets excited about science and math and has time to explore their ideas and interests. So her generous donation for the STEM program follows her passion to let children expand their knowledge. STEM is Science, Technology, Engineering and Math and was introduced in the YMCA’s summer camp program. The children have been introduced to bacteria growth, machines’ operations, sustainable living, and forensic science.

STEM will be brought into the Y’s before and after school programming this fall, much to Jacki’s delight. Jacki’s loves an old Chinese proverb which says: “tell me, and I’ll forget; show me and I’ll remember; involve me, and I’ll understand.” This teaching philosophy melds perfectly into our Child Care programming at the Y, said Deb Koeppen, V.P. Chief Development Officer. We were thrilled to bring STEM to camp because research provides that camp augmentation will help curb summer learning loss, while increasing knowledge and developing essential skills in math, technology, and the sciences. Careers in STEM are projected to grow 17 percent over the next 6 years. The National Science Foundation “estimates that 80% of the jobs created in the next decade will require some form of math and science skills.”