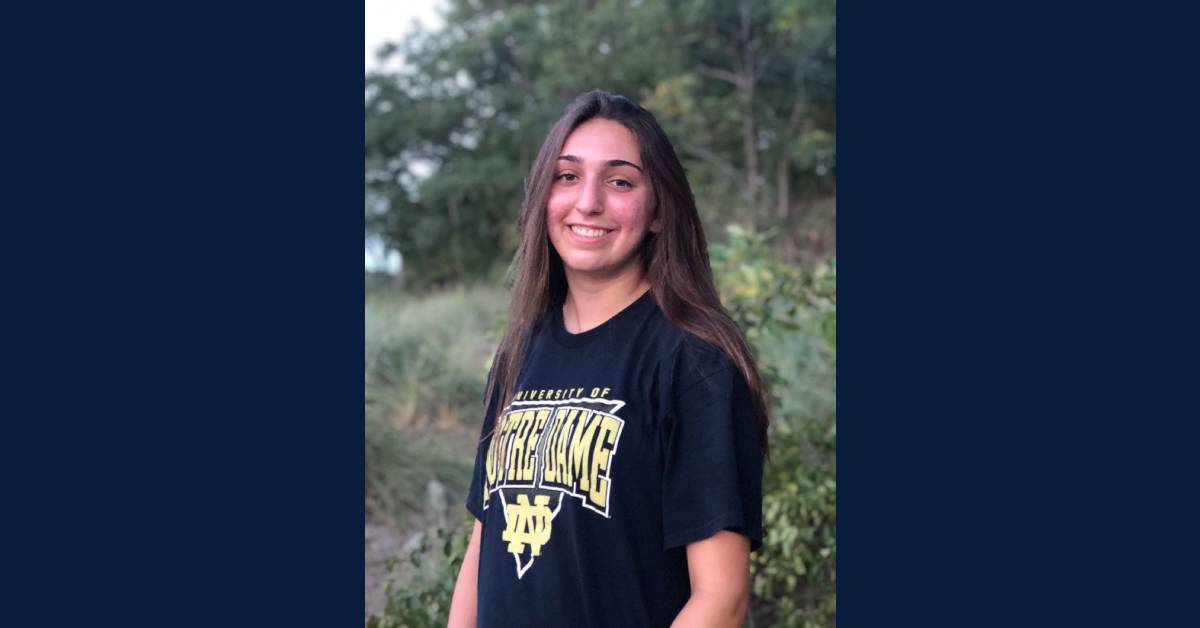 Sydney Vorrier is a senior at Valparaiso High School, and recently became one of the seven National Merit Scholar Semifinalists in her grade. Only around 16,000 high school seniors were chosen around the United States as semifinalists, out of the approximate 3.7 million high school students who are expected to graduate during the 2020-2021 school year, making the group of semifinalists extremely exclusive.

“I was really excited when I found out that I was a semifinalist, especially since I’m applying to some competitive colleges and it’ll look good on my application,” Vorrier said when asked about her reaction to the news that she was a semifinalist.

Along with gaining one of the exclusive semifinalist spots, Vorrier is actively involved at Valparaiso High School. Vorrier is the Vice President of the senior class. She is very involved in the United Nations Children’s Fund (UNICEF) program. Along with being co-president of the UNICEF club at the high school, Vorrier was recently selected to be on the Unicef UNITE Chicago council as a Youth Representative.

“This is a position I’ve been going after for a while,” Vorrier said.

Vorrier is also an active athlete and is the starting goalie for the varsity girls soccer team. All in all, these accomplishments show the positive impact that Vorrier has had on the high school.

Mrs. Koebcke was a teacher at Thomas Jefferson Middle School, but had a major impact on the students of Valparaiso High School. When she switched from teaching 6th graders to 7th graders, Mrs. Koebcke realized that her students were suffering at the hands of their peers. To combat this issue, she created the Team Leadership, Empathy, Accountability, and Discussion (LEAD) program in 1992.

With the program, once a month high school students visit the middle and elementary schools. According to Mrs. Koebcke, the program quickly began to grow.

“Valparaiso Community School’s LEAD program grew from our initial crew of 60 or so high school mentors, to about 250 high school students working district-wide with thousands of students in high school, middle school, and elementary school,” she said.

Under her guidance, the high school students created a safe place for younger students, giving presentations about topics such as empathy and kindness. Although the main goal of the program was to create a support system for the younger students, Mrs. Koebcke simultaneously created a safe place for her high school mentors. The high school students who participate as mentors in the program are able to make bonds with one another while helping others, creating the perfect program to benefit all involved.

Mrs. Koebcke has now moved on to a new position as President and CEO of The Caring Place, an organization to help those suffering from domestic abuse in our community, but her legacy at Valparaiso Community Schools will never be forgotten.

In the past few years, the Unified sports programs at Valparaiso High School have found great success. In 2017, David Prokop, who is a special education teacher at the high school, began the Unified Track team at the school.

“I thought it would be a great way to connect with students. I am 100% on board with the philosophy of inclusion for all students in our school and this program gives our students that opportunity to represent Valparaiso High School,” he said.

“One of my favorite parts of coaching Unified Bocce was introducing a new sport to the group,” said co-head coach of the Bocce team Sarah Albers. “There was a student who didn't think it was physically possible to participate. The student ended up playing a huge role in winning the championship.”

This is a perfect example of how Unified sports as a whole shows students that they are capable of anything.

Later this month, the drama club will be putting on an improv show. In previous years, the drama club has put on a fall play. In 2019, the drama club performed Broadway’s “Matilda the Musical.” Due to COVID-19, a lot of events have been adapted to create a safe environment for all involved. The same goes in the case of the drama club.

Senior and drama club president Isabel Blaney explained that an improv show was the safer choice for this year, as in an improv show there are fewer people working on things behind the scenes. In an actual play, where costumes, sets, and props must be put together, more people are involved. When asked about how the show is structured.

“The show is three acts, and there are three teams. Each team does one act that lasts for around 20 minutes,” Blaney said.

Although the actors come up with their scenes on the spot, there is still a good amount of preparation necessary. According to Blaney, the actors meet twice a week to do improv warm ups and rehearse improvised scenes with our group. The improv show is one of the many examples of how the school has had to adapt to life with COVID-19.