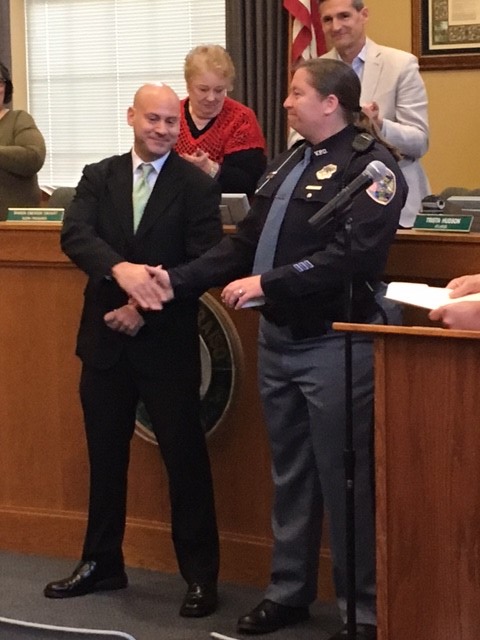 In the evening of March 2nd, Officers responded to a 43 year old individual not breathing in the 1200 block of Pine Creek. Officer Kodicek was first to arrive on the scene and learned the male subject was not breathing, did not have a pulse and was turning blue in color. She immediately utilized her portable AED and began chest compressions. Officer Jason Hamilton arrived and both officers continued CPR and chest compressions until EMS arrived.

Valparaiso Fire EMS arrived on scene and began their treatment of the subject. As a result of fire/ EMS treatment and the officer’s early treatment the male subject was transported to the hospital.

The individual has recovered and was able to attend the awards ceremony last night at City Hall.