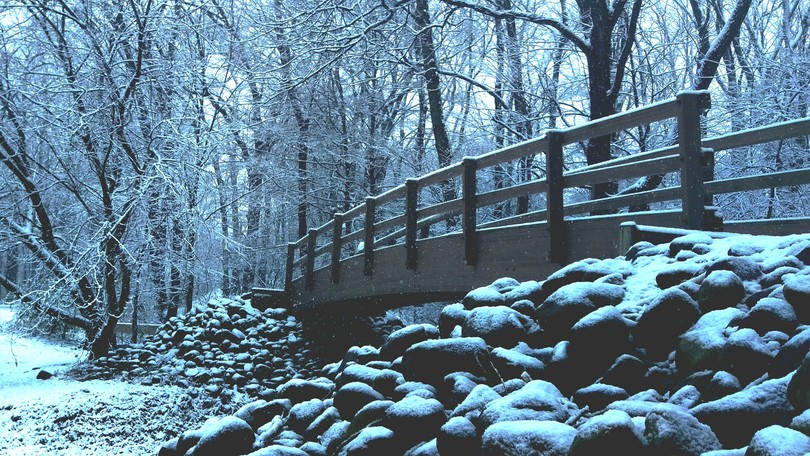 Samantha Holland always liked photography, but never considered herself that great at the skill. Now, the Valparaiso University junior is asking the world to help her become a top five finalist in a greeting card photography contest with a picture she took of her home here in Valparaiso.

The contest is sponsored by The Gallery Collection and had thousands of entrants, all hoping their chosen photograph would make it into the final round. The winning picture will be portrayed on a greeting card and the artists will earn a $10,000 scholarship.

Holland submitted her photograph of the bridge in Beauty Creek off Harrison Boulevard in Valpo. The bridge is covered in ice and snow and depicts the beauty of a local landmark within the region. 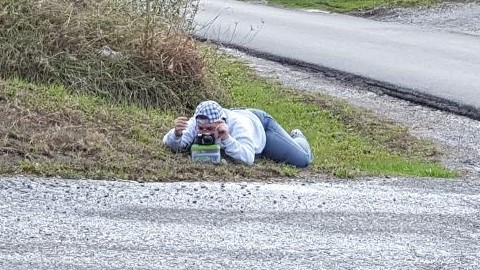 The contest has already undergone several rounds of eliminations and Holland’s picture was chosen in the top five of 100 to be in the final round. She needs the public’s vote to make it into the next five photos to be sent to a panel of expert judges, who will then choose the winner. The public may vote once per day leading up to April 6, which is the final day to vote. You can pick as many photos as you desire, however, Holland recommends choosing just one. The link below will lead directly to hers.

The contest’s entrants include a mix of drawings, photography, and computer animated scenes either for Christmas, Halloween, birthdays, or just something cute that you would possibly see in a greeting card one day. For Holland, the idea to capture the bridge was not planned, she just stumbled upon the perfect scene.

“So, my traditional method to photography is just stumbling upon things that I think are beautiful. Rarely do I plan to have a photo shoot, I usually happen to be driving or walking and suddenly stop because I think, ‘That will make a great photo!’ she exclaimed. “All of the pictures I've attached were taken spontaneously, and I even get in some crazy positions to take them.”