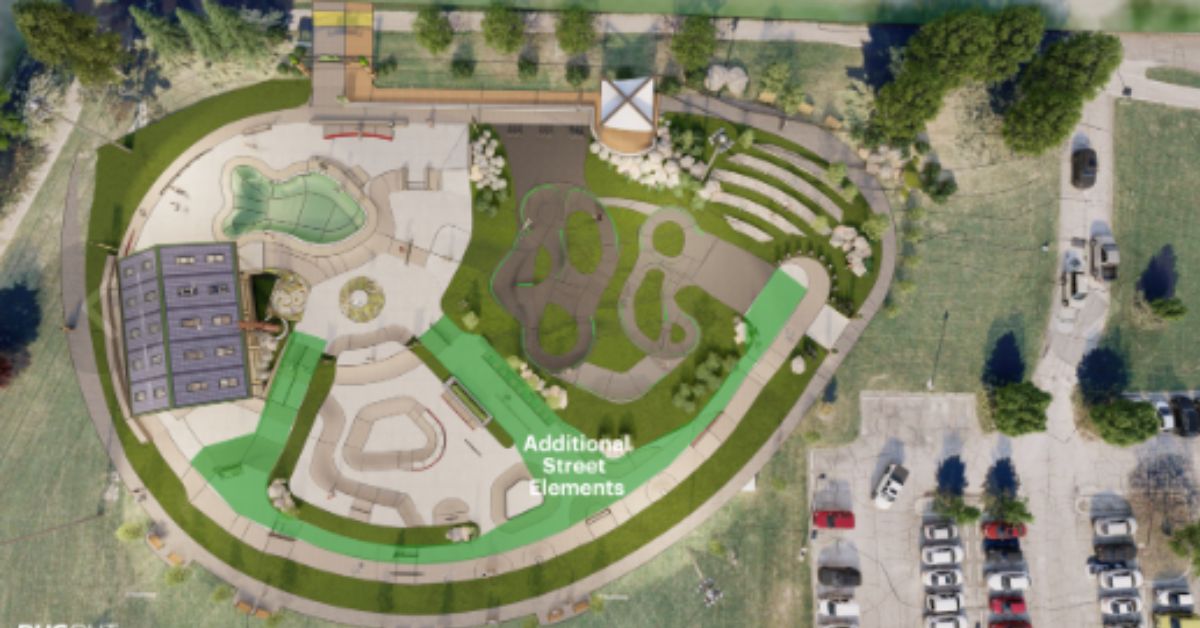 Valpo Parks is hard at work developing its newest park project: a 25,000-square-foot skatepark that features street features, a mini bowl, a beginner’s area, and so much more.

Assistant Director Kevin Nuppnau stated that the Parks Department is currently finalizing construction documents with the hopes of breaking ground early in the new year.

“The Parks Department should finish construction documents in 2022,” Nuppnau said. “We will go out to bid in early 2023. With a January timeframe, we will break ground, weather permitting, in early 2023.”

If all goes well, Valpo Parks hopes to unveil and open this new park to residents in the fall of 2023.

Valparaiso's newest park is an upgrade and renovation to its existing skatepark at Rogers-Lakewood Park.

“The city had a skate park at Rogers-Lakewood called Flounder Skatepark,” Nuppnau said. “That served the public well, but the skatepark was made out of wood. At a certain point, the Parks had to decide to either invest in that park or build a new park in a new location.”

Meeting internally and bringing in outside stakeholders, Valpo Parks quickly determined that the best route for the park was to move the location and improve the park’s design.

“The reason we picked the Fairgrounds was that the infrastructure is already there,” Nuppnau said. “There's lights, a parking lot, and restrooms; that saves on our overall project budget. It’s also accessible. There are pathways and sidewalks to the park, so people that don't want to drive or live nearby can easily access it.”

Designs for the skatepark were created by an expert in the field and a Valparaiso native.

“Dug Ketterman with Dugout Design Studios is our designer,” Nuppnau said. “Dug is a Valparaiso High School graduate, and he was instrumental in Flounder Skatepark. Dug has since moved away from Valpo and started his own design firm. He's passionate about this project and giving back to the community to help us build the next skatepark.”

Ketterman’s designs not only include longer-lasting materials, but they also were sure to include all members of the community.

“Traditional skateparks can be intimidating to new skaters because there isn't a dedicated area for them,” Nuppnau said. “We were very pointed to have an area that would be dedicated for those folks, so they could feel comfortable, gain confidence, learn, and then progress to the other areas of the park.”

To support new learners, the park will also have a learn-to-skate program.

“As a result of the success of the ice rink learn-to-skate programs, we do intend to have a learn-to-skate skateboarding opportunity once the skate park is developed as well,” Nuppnau said.

Another welcome addition to the park is an area for adaptive skaters.

“We're also seeing that adaptive athletes want to experience the same thing as able-bodied athletes do,” Nuppnau said. “We're excited about the opportunity to encourage everybody to use the park and for it to be inclusive of all sorts of different user groups.”

Budgeted for $1.2 million, Valpo Parks is set to complete the skatepark within budget with hopes for additional funds to create further improvements.

“We're still fundraising up to $1.7 million because if we are able to get that extra $500,000, we'll just make the park better,” Nuppnau said. “With those additional funds, we'll add more features and expand the footprint.”

Donations for the skatepark are collected through the Park’s website.

“Creating the skatepark has been a collaborative effort thus far,” Nuppnau said. “We can't be more excited about the progress we've made and how close we are to the finish line.”

Valparaiso residents with questions or donations are encouraged to reach out to Kevin Nuppnau at knuppnau@valpo.us.