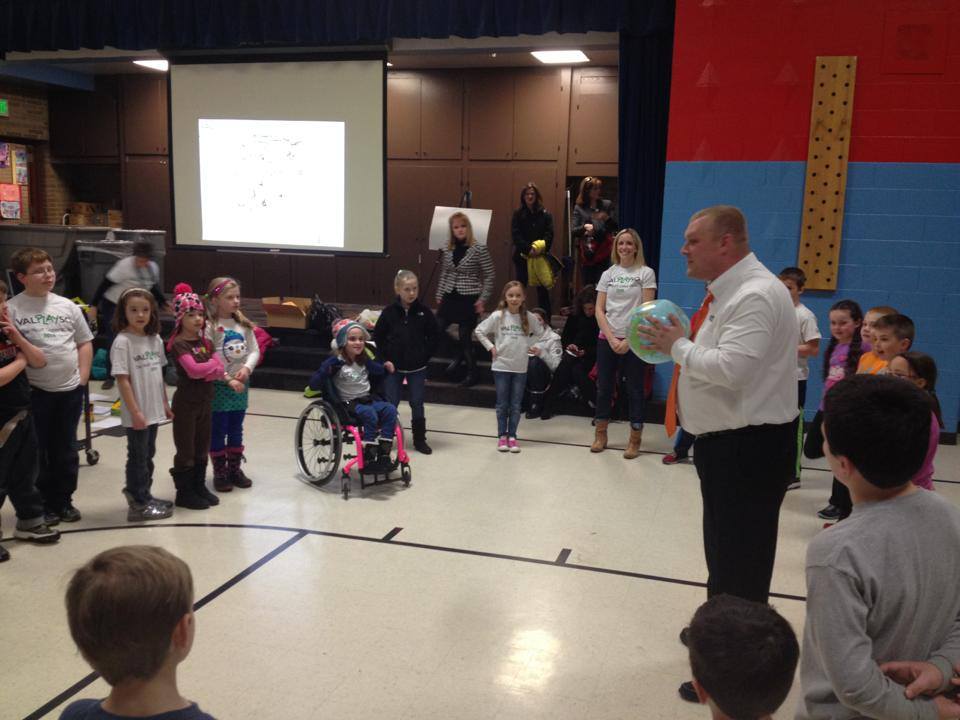 Children's committee members gathered at TJ elementary cafeteria with an excited group of children to help brighten the future of ValPLAYso. One student from each grade & each school were picked to represent their class.

Monica Decker, Co-Chair for the Children's Committee, along with Kevin Kosek headed up the meeting with the kids. An ice breaker game was lead where the kids caught a ball and said their names and school and grade and favorite food, then tossed it to another child. It was a fun way to get to know the kids. 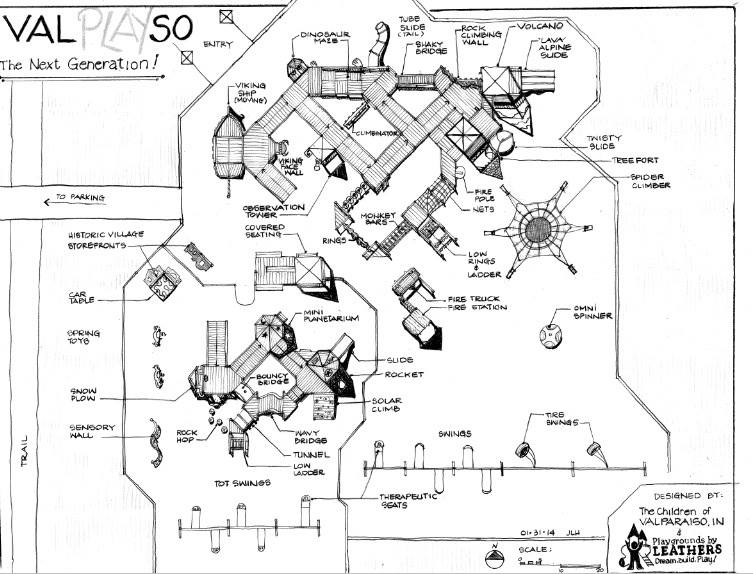 Dan McGuire showed the kids the final design of ValPLAYso the Next Generation. All of the kids were super pumped and pointed out the parts that "they" designed.

After the design was shown, the children made thank you cards for the principles, teachers, and volunteers that made Design Day a success.

A 2014 Time Capsule was brought up at the meeting and the kids were asked what they would put in it for the new park. A similar Time Capsule was created in 1994 for the previous ValPLAYso build and it will be opened this year on it's 20th anniversary. 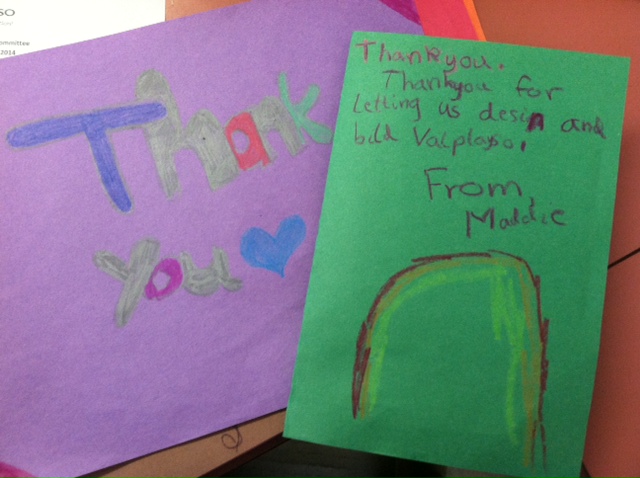 Some suggestions kids said for the new time capsule were:

"It was so special to get to know the members and learn their names and personalities. The kids were so well behaved and excited to be a part of this new generation park. They had such cute ideas for the time capsule and were really motivated to move forward & help with each project we suggested," Decker said.

Kaye Frataccia ended the meeting by singing the ValPLAYso song "Kids on the playground".