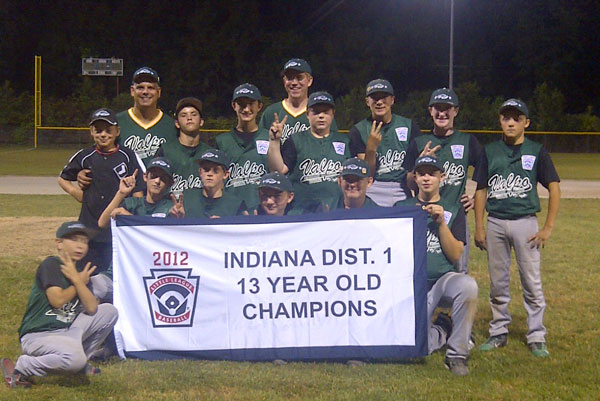 The Valparaiso American 13 yrs All-star Team won the District #1 Championship and were invited to State, where we were eliminated at the end of pool play.