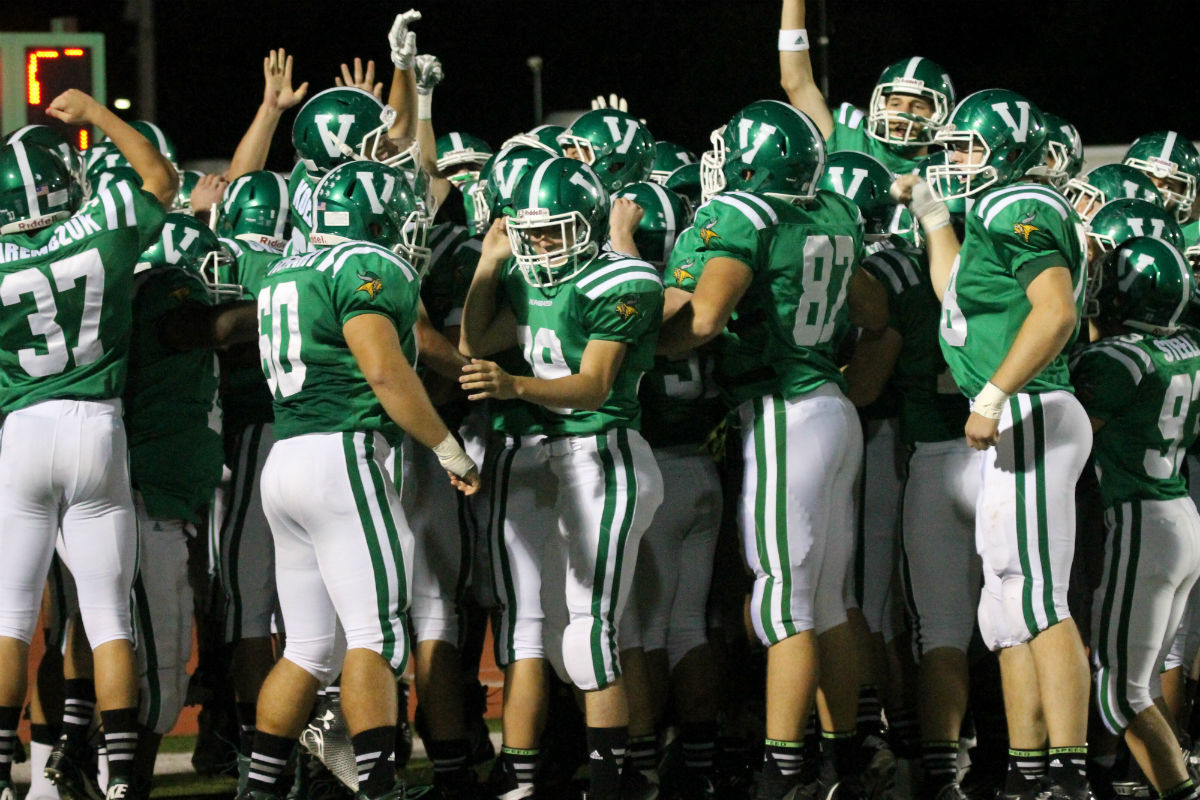 Coming up this October, the Valparaiso High School Football Team will be getting off of the field and in to the community. The freshmen, JV, and Varsity teams will first head over and lend their strength in helping to rebuild the popular ValPLAYso Park on October 12, and then on October 21 they will head to Northview and Memorial Elementary Schools to meet their pint-sized pen pals.

So why do they do this? Isn't playing well during the game good enough? No, ma'am.

"These events are part of our Character Program," Heidi Bernardi, Character Coach for the VHS Football Team said. "The Character Program helps the boys get out and give back to the community and it helps them to represent the team well."

Each week the team meets up and talks about different topics involving character quality like: how to be positive role models, heart, work ethic, and other skills that are used on and off the field.

The football team will be the biggest group contributing to the ValPLAYso build. They will be extremely helpful as they are young and are able to lift things with ease. And for the second year in a row the team has written to young students at the local elementary schools. Each player received a picture of their pen pal and often invites them to come out to watch the VHS football games.

"It's amazing to watch," Bernardi said. "The high school players get just as excited as the elementary students do. The kids will come to the games and watch their older pen pal play and when we go visit them later the kids will get a signed t-shirt from their player."

You are never to young to start getting involved in your community. By the example that these young men are setting, their younger counterparts can watch and learn how to be an asset in their town.