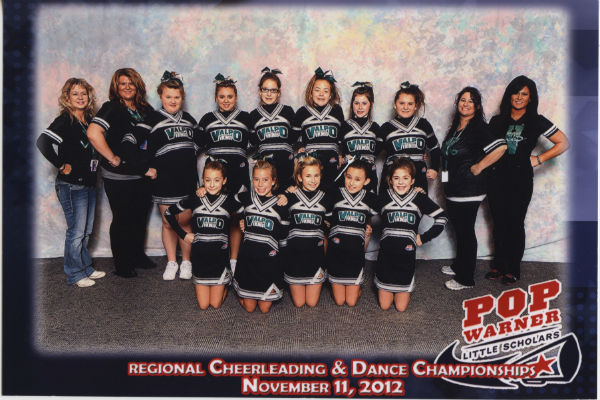 Cheerleading success will translate into an escape from the cold weather and a trip to Disney World for the 11 girls on the Junior Midgets Valparaiso Pop Warner cheerleading team that has advanced to Nationals in Florida. The team placed first at Regionals in Illinois on Nov. 11.

The squad, comprised of girls ages 10-13, has been practicing three times per week since Aug. 1. That hard work has culminated in a trip to Florida.

“I knew the girls were doing really well and when we went to this competition, I felt really good about our routine,” head coach Lori Staack said. “We put a lot of hard stunts in it.”

The girls were shocked and emotional when they found out that they were regional champions.

“Honestly, I didn’t know that we were going to win until we won," Staack said. "There were five teams and they started announcing teams and our name wasn’t one of them. Some of the kids started crying when they announced second place and that wasn’t us, because they knew we were first. They were very ecstatic.” 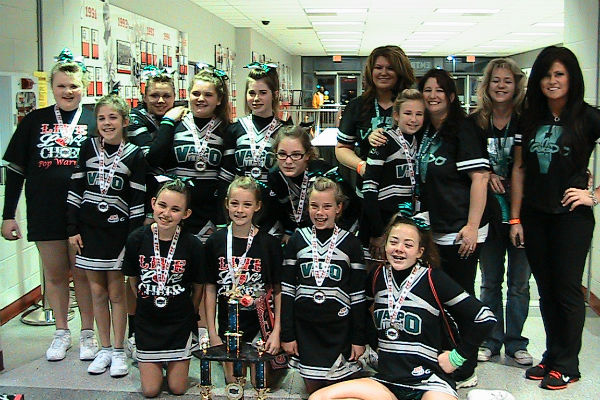 All of the team members have also maintained a high level of success in the classroom. Pop Warner, which is known as the Little League of Scholars, requires the athletes to keep a C or above in order to participate in the program.

Most of the team is flying to Florida together on Dec. 2 in advance of the Dec. 5 competition and returning to the Region on Dec. 7. The cheerleaders and their parents will be staying at a Disney Hotel and enjoying the Disney Parks throughout the week.

Staack knows the team has to turn it up a notch against top notch competition at Nationals.

“It will be really difficult,” she said. “I think what really helped us was we had a lot of stunts and did the hardest you could do in this division. It’s going to be very difficult, because it’s teams from all across the United States that will be there.” 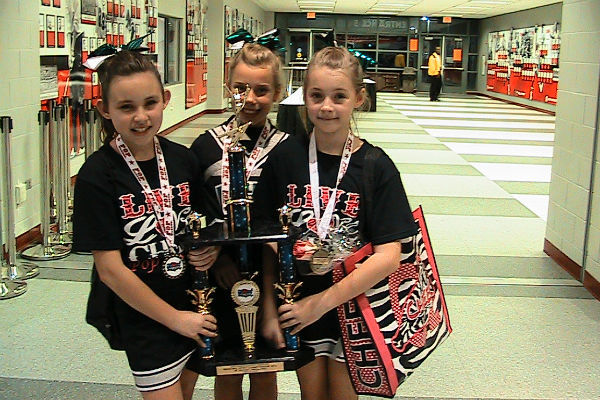 The parents and coaches are currently working to help defray travel expenses. They will host a spaghetti dinner fundraiser on Nov. 28 from 5-8 p.m. at the First Baptist Church, located at 2205 North Campbell Avenue in Valparaiso. Tickets will be available at the door for $10 each. There will be a silent auction at the door with many prizes available. For more information or to make a donation, please contact Staack at 219-242-5047.

Staack is in her 19th year with Pop Warner after starting as a participant, coaching her two oldest daughters through the program and now coaching her youngest daughter, who is 13.

“We’ve got a lot of years of Pop Warner,” the veteran coach said. “It’s a great experience going to the games and coaching the kids. It’s a great team this year, they all work so hard. We’ve only got 11 girls on the team, but it’s a great batch of girls.”