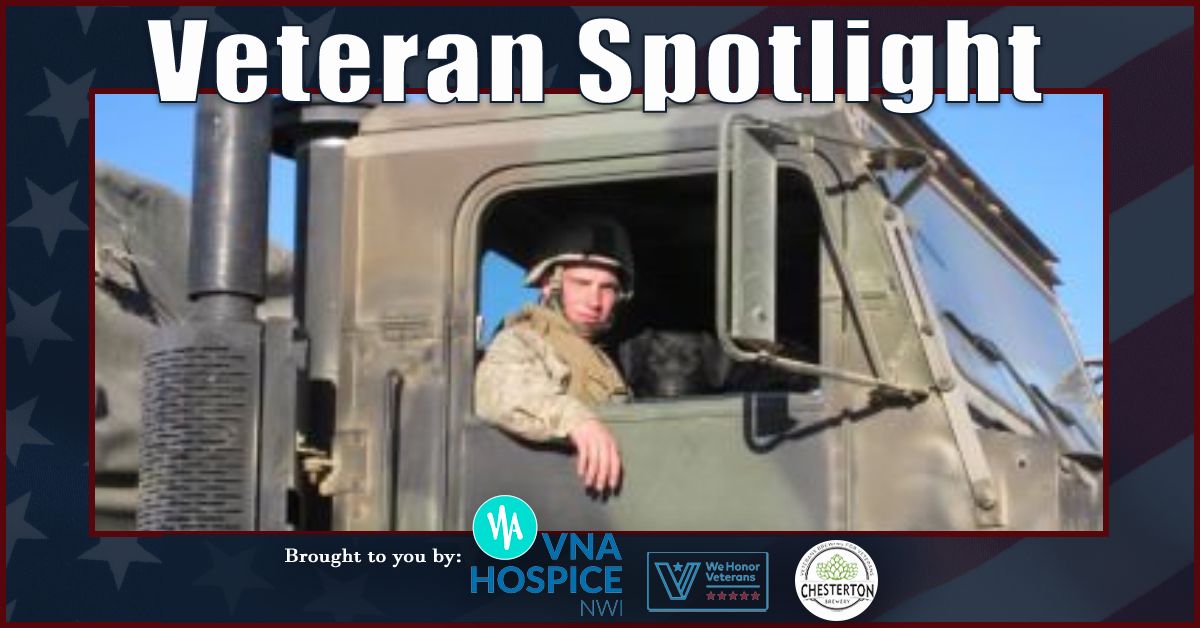 “I didn't know what I was going to do. I also wanted to do something for our country, and I wanted to try to make a difference,” said Kewitz.

Boot camp was a shock to Kewitz. The sudden intensity of both the physical and mental challenges faced during training was unlike anything he had experienced before.

“Boot camp was very mentally challenging. It was pretty physically challenging too. It has its ups and downs, but more downs than ups. It was intense. There was not a whole lot of sleep, running every day, and it was always on schedule. It was hard. I don’t think anyone’s prepared enough for that,” said Kewitz.

Though it was a constant struggle, he knew that the consequences of not keeping up would be worse. Boot camp lasted for 12 weeks, but if a soldier didn’t behave or fell behind, their experience would last much longer. Kewitz was determined to get out in 12 weeks.

“I just kept my mouth shut and did what I was told. You just try to get through it as quickly as possible. It's 12 weeks and it can’t be any shorter, but it can be longer,” said Kewitz.

After completing boot camp, Kewitz moved on to Marine combat training and then progressed to training to become a motor transportation operator, a position he held for most of his time in the service.

He was, however, given the opportunity to become an Improvised Explosive Device (IED) detection dog handler about six months before deployment to Afghanistan.

Kewitz has always loved dogs, so when he was able to participate in a new program for training labs to detect explosives, it seemed like a perfect fit. The chances of being chosen for the program, however, were slim.

“120 guys interviewed to be a dog handler, and out of that only 13 of us were chosen. It felt pretty cool. It was an honor to have that kind of job. Especially with a new program with labs instead of the normal dogs that they take into the services,” said Kewitz.

Kewitz traveled to Virginia to train for IED handling and was then stationed in Afghanistan for about six months. While in Afghanistan, Kewitz patrolled the area and performed route clearances – a job that meant Kewitz had to sweep roads of explosives before convoys passed through. The only thing saving Kewitz from the explosives was his dog.

“It was very nerve-wracking. I mean, I trusted my dog, so I knew he'd be able to find something before anything happened, so I felt kind of safe, but at the same time, anything can happen,” said Kewitz.

During the intense months in Afghanistan, Kewitz relied on his peers and friends to keep him steady and focused.

“I talked with the rest of the guys that I was side by side with. Some of them had been through Iraq before and they would talk you through it. Also, I would get letters from friends and family back home,” said Kewitz.

Kewitz served for four years and then began the transition into civilian life. Though there were many tough times both during and after his time in the military, he feels it has made him a better person.

“It actually affected me in a very positive way. I mean, maybe not at first, but eventually I became a better person than I was or than I could have been if I hadn't gone. It's taught me a lot of morals, leadership, and hands-on critical thinking,” said Kewitz.

Although his time in the military included many mentally and physically exhausting days, Kewitz feels it was a good experience for him, and one that shaped him into the person he is today. He now works as a sheet metal worker and loves the freedom that comes with civilian life. He enjoys that he is no longer restricted to one area and that he has a much looser schedule.

Kewitz recommends going into the military to people that know they truly want to do it. He feels it gives you great life experience, but that it is also an extremely grueling time.