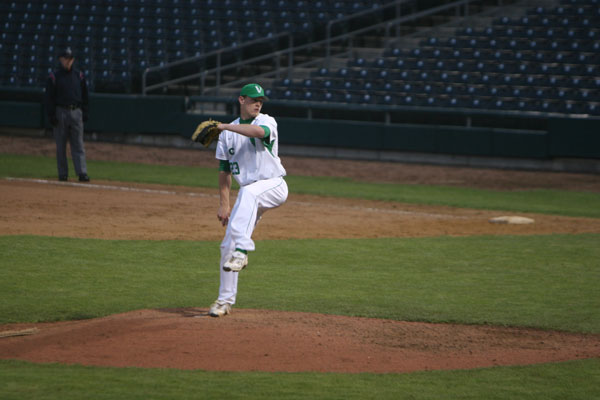 Valpariaso High School three-sport-star Jerrick Suiter has decided to take his talents south to Texas Christian University, according to his father, Eric Suiter.

Suiter had originally looked at schools all over the country from Norte Dame to South Carolina, ultimately narrowing his choices down to Alabama, Vanderbilt, and TCU. Suiter will join the TCU Hornfrogs baseball program is some capacity, either as a pitcher or he will play in the field on a baseball scholarship. Suiter recently played in the Under Armour All-American came at Wrigely Field this past summer. He pitched and played outfield for Valparaiso as a junior this past spring, hitting nearly .400 for Valparaiso head coach Mickey Morandini as a junior.

Texas Christian University is one of the nation’s best baseball programs, finishing 3rd in the Rivals.com’s Top 25 for the 2010 season, as well as third in USA Today/ESPN’s Coaches Poll and Baseball America’s D-1 Rankings.

From all of us here at ValpoLife.com, congrats Jerrick!