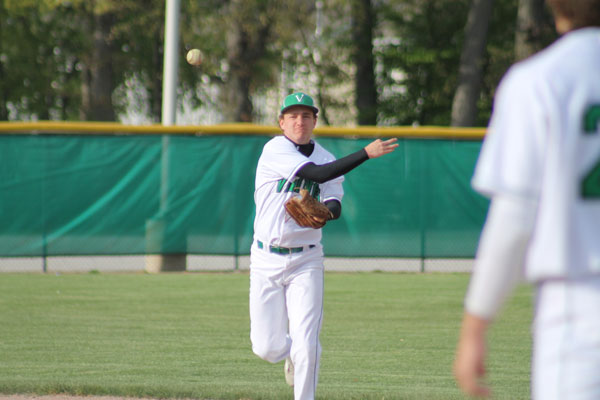 The Valparaiso High School baseball team traveled down to Culver Academies on Saturday, coming away with two victories in the annual Culver Academy Tournament.

In the first game, Valpo held off a late rally from Northwood High School to pick up a 6-4 win. John Olejniczak picked up the win after striking out nine in 5 1/3 innings, also going 4-for-4 at the plate with an RBI.

Later, the Vikings defeated the host Culver 12-6 after scoring seven runs in the fourth inning to put the game out of reach. Jeff Chabai picked up the win after four innings of work, with Andrew Sykes pitching three scoreless innings in relief while striking out seven. Joe Gallinatti and Stephen Simms each recorded three hits for the Vikings, with Gallinatti picking up three RBI and Simms stealing two bases.