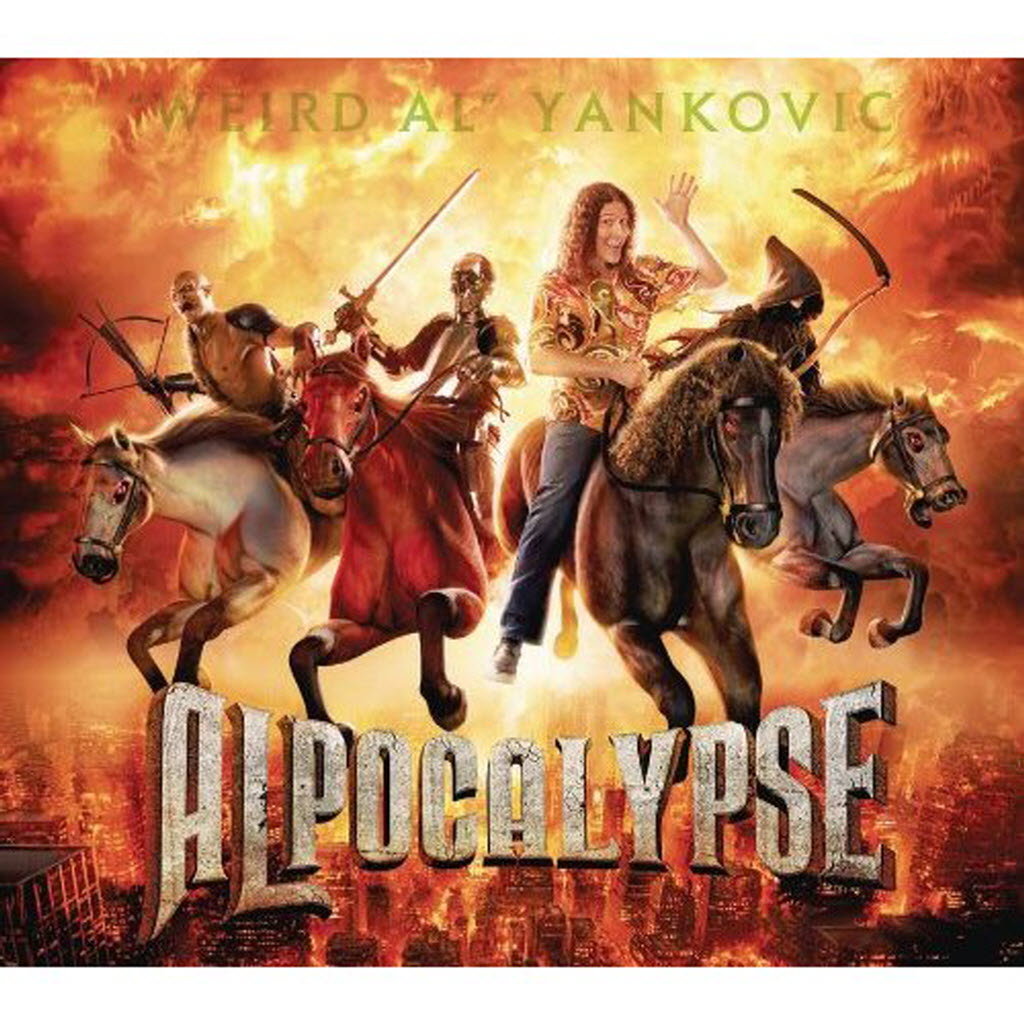 "Weird Al" Yankovic's Alpocalypse Tour will make a stop at Purdue University at 8 p.m. Oct. 11. The performance, in Elliott Hall of Music, is presented by Purdue Convocations.

Few would have guessed that "Weird Al" Yankovic, who as a shy, accordion-playing teenager got his start sending in homemade tapes to The Dr. Demento Radio Show, would go on to become the most popular comedy recording artist in history. Now firmly established as a beloved pop culture icon, Yankovic has won countless awards and accolades for Weird Al classics like "Eat It," "Like a Surgeon," "Smells Like Nirvana," "Fat" and "Amish Paradise." He is also well-known for the cult-hit film UHF (1989), the late '90s television series The Weird Al Show, and numerous AL-TV specials he has made for MTV and VH1.

Yankovic has won 3 Grammy Awards (with 14 nominations) and has sold more than 12 million albums, combining pop parodies with his own creations. Weird Al's album Straight Outta Lynwood (2006), spawned the Top 10 single "White & Nerdy," the video that spent two months at No. 1 on iTunes and garnered more than 100 million hits online. His most recent release, Alpocalypse, is the highest charting album of his career at No.9 Billboard. In 2011 he added "bestselling NY Times author" to his resume (No. 4) with the release of his first children's book When I Grow Up. His second, My New Teacher and Me!, was released June 25.

From the vinyl era to the digital age, from Michael Jackson to Lady Gaga, Weird Al continues to be as popular and funny as ever. Along with his band of 30 years, he has performed more than 1,000 career concerts and continues to tour around the world.

SPECIAL PURDUE STUDENT DISCOUNT: Students will be eligible to purchase special $28 and $25 tickets on Aug. 22 only. Students should watch their Purdue email for information on how to purchase tickets online at 10 a.m. that day.

Tickets go on sale to Purdue and Ivy Tech Lafayette students, and Purdue faculty, staff and retirees with a current identification card at 10 a.m. Aug. 22 at the Elliott Hall of Music and Stewart Center box offices or at 765-494-3933. Tickets for the general public go on sale at 10 a.m. Aug. 23 through campus box offices, ticketmaster.com or at 800-745-3000.