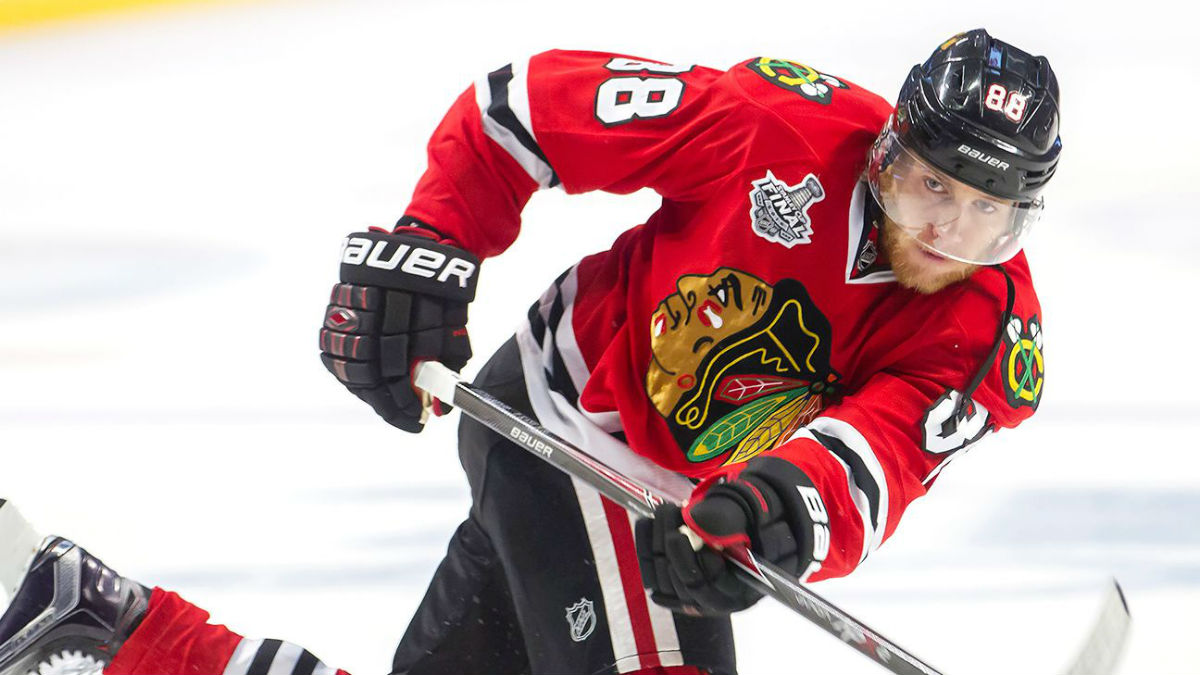 There’s no denying that the Blackhawks would not have an as big of fan base if they didn’t have 3 recent Stanley Cup victories under their belt. The region is packed with eager Hawks fans drooling for the long play-off stretch to begin. Hawks fans are many in Northwest Indiana...but hockey fans? That’s a bit different.

"I follow the Hawks, but I don't watch hockey,"  isn't uncommon to hear in the region.

Once IF the Hawks are knocked out of the playoffs, general interest in the NHL seems to drop throughout the region. Whereas in sports like basketball and football, NFL and the NBA fans are content to watch any good play-off game.

It's easy to understand why the number of hockey fans isn't higher. It's a difficult and expensive sport to play. Plus before 2007, our nearest NHL team wasn't that great, let alone televised for some years.

But still, there are some passionate hockey fans throughout the region...

Hockey’s not a difficult sport to jump into, but admittedly the traditions and culture can be difficult for others to grasp.

For example, let’s start with The Hat Trick. The Blackhawks currently have 5 hat tricks this season, 2 recently by Patrick Kane. A hat trick occurs when a player scores 3 goals in a single game. To celebrate this achievement, the fans of that team toss their hats onto the ice.

Depending on what rink you’re at and who you talk to, you can actually ask for your hat back. But, what’s the fun of that?

Hat tricks are rare, so they should be celebrated by doing something you can’t do at any other sporting event-- By throwing something onto the playing area. This action from the fans says "hats off" to the player for their achievement. Besides chanting, cheering, or the occasional fan streaking on the field, there’s not much audience participation at other sporting events.

A popular event at minor league games and college games is the Teddy Toss. This occurs when the home team scores their first goal. The fans then toss stuffed animals onto the ice. The Teddys are collected and donated to shelters and nonprofits throughout the community.

At the United Center players can keep the hats if they're not claimed by the fans after the game. Any unclaimed hats are tossed in the trash. Which is honestly quite sad, compared to what other teams are doing with the hats they've collected. The Carolina Hurricanes have donated their hats to local hospitals (after thoroughly cleaning them, I hope.). The Columbus Blue Jackets have a special spot in their arena for all the hats they've collected. They're behind a display for everyone to see with the date of each hat trick on the glass. 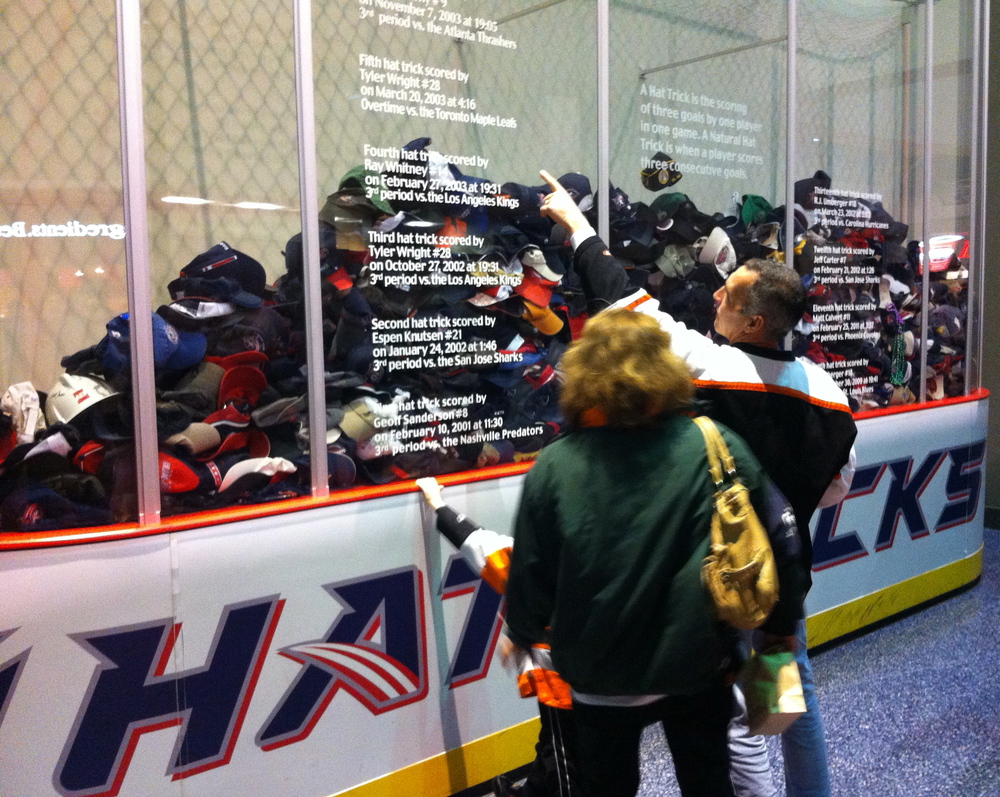 Next week we'll take a look at other common hockey questions like, "Why are those guys punching each other?" and "Where's the puck? I can't see the puck. Can you see the puck? HOW AM I SUPPOSED TO WATCH THIS!?"