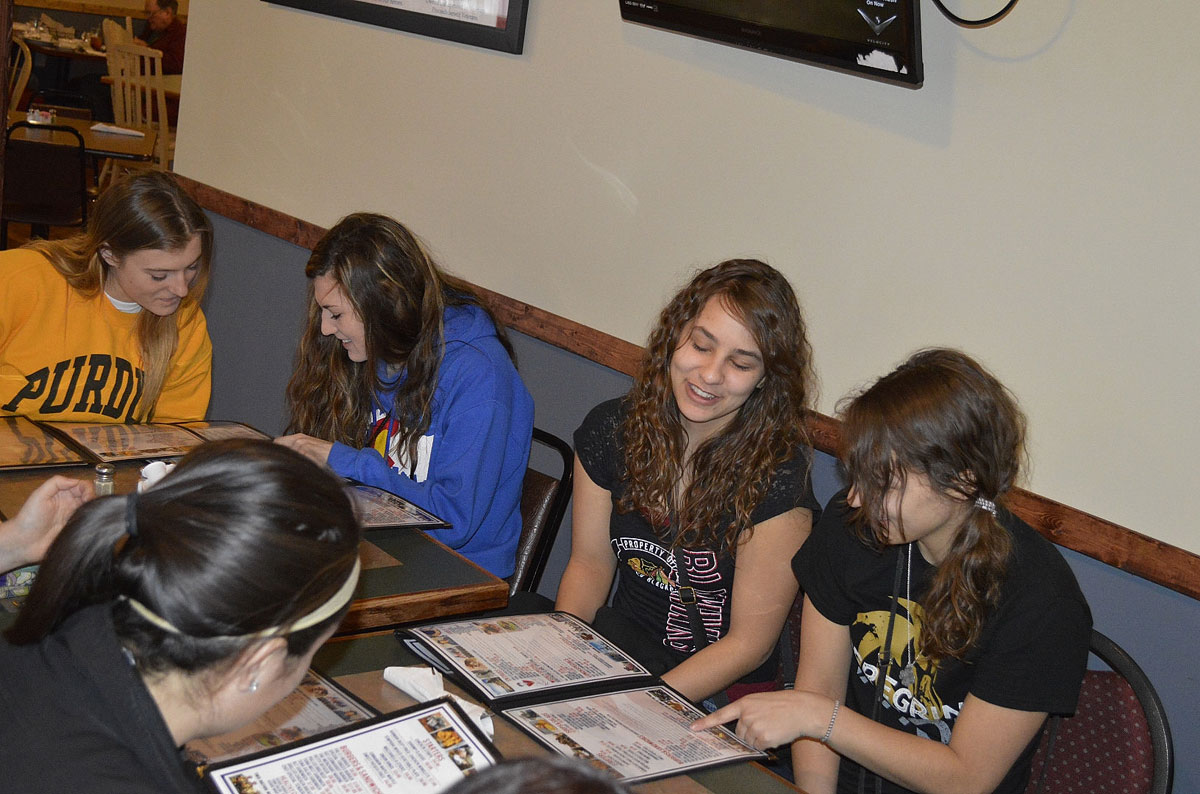 The Women’s Soccer Team from Purdue University Calumet ate a delicious meal and supported the U.S. troops at the Veterans’ Café and Grill in Merrillville, IN. Fifteen percent of the proceeds go to the Veteran’s Life Changing Services, a homeless shelter for Veterans in Gary, IN.

Rosalyn Hassebrock, is a women soccer player said “I think what they do at the Veterans’ Café and Grill is wonderful. They show support to Veterans and their families to help reach out to the military community”.

Hassebrock has friends in the U.S. Army, Marines, and the Navy. She had a friend serve in the Operation Iraqi Freedom and two of them were sent over to help break down camps in the pull out process of Afghanistan.

Soccer player, Kirsten Nirtaut has an uncle who served for 20 years in the United States Marine Corp. He is now retired and works as a civilian on the base in North Carolina.

The Women’s Soccer team has shown their support in other ways by sending out appreciation cards to men and women who are serving our country.

One of the owners of the Veterans’ Café and Grill Bessie Hitchcock thanked the Women’s Soccer team for their support. 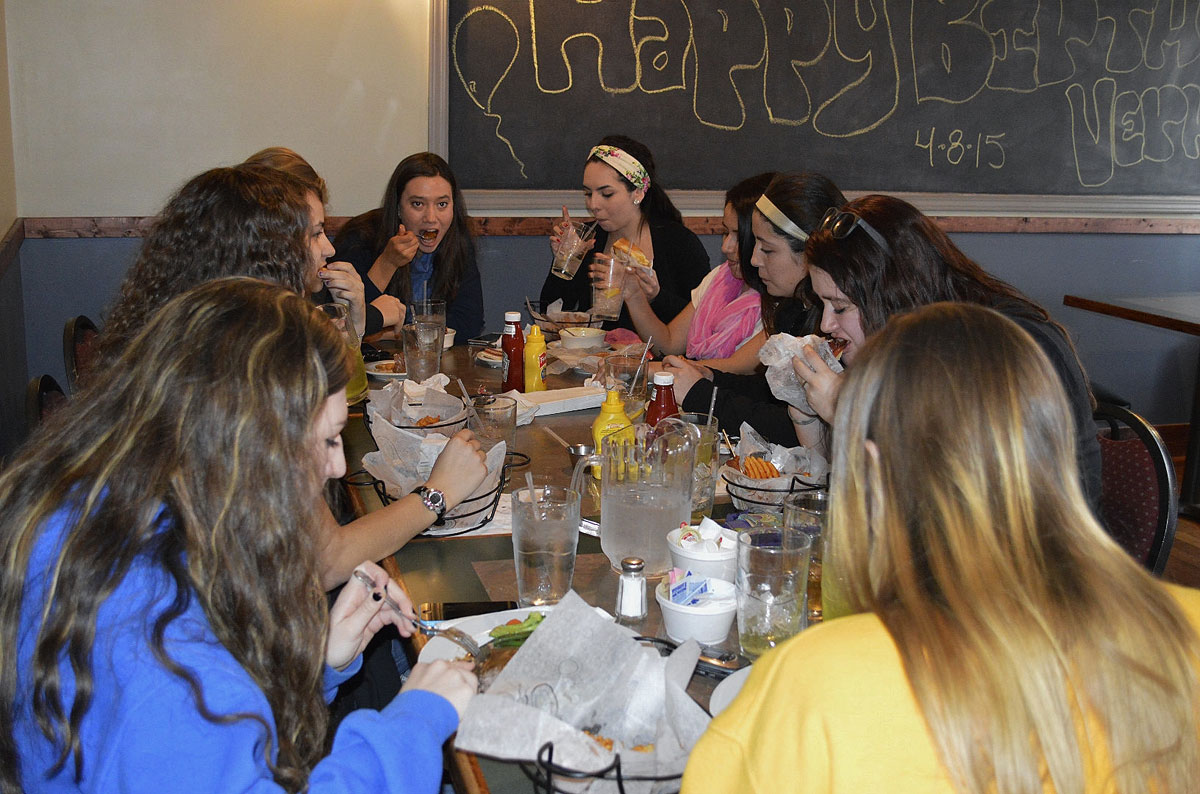