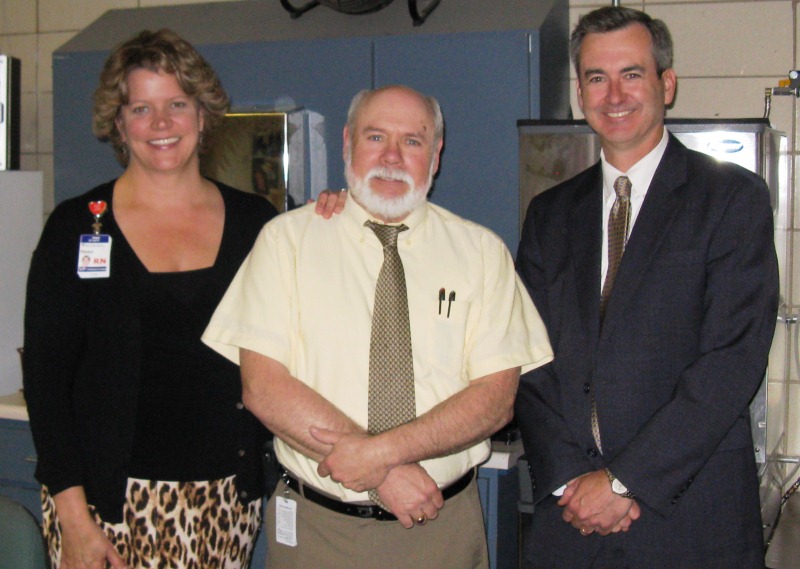 Bill Beven, director of maintenance and plant operations, is the May Ambassador of the Month for Franciscan St. Anthony Health-Michigan City.

Beven resides in Osceola with wife, Barb. They have three grown children.

Beven has worked for the hospital three years, and for 38 years, has been involved in numerous community organizations, including Salvation Army, Rebuilding Together, Hanna House, Optimist Club and others.

Beven was nominated by the maintenance staff, whose members said he shows compassion for those in need, treats all with respect and “goes the extra mile to encourage others and get the done.”

Beven said he was “taken aback” to learn of the award and credited an “outstanding staff.”

“I have to come back to my staff and manager in the outstanding way they represent themselves.”

In recognition of the honor, Beven, as are all Ambassador recipients, was honored with a special billboard display for the month, a privileged parking spot, an Ambassador badge holder, a photo on the Ambassador of the Month wall that displays the previous 12 months’ winners, $150 cash and an invitation to the annual Service Awards and Recognition Banquet.