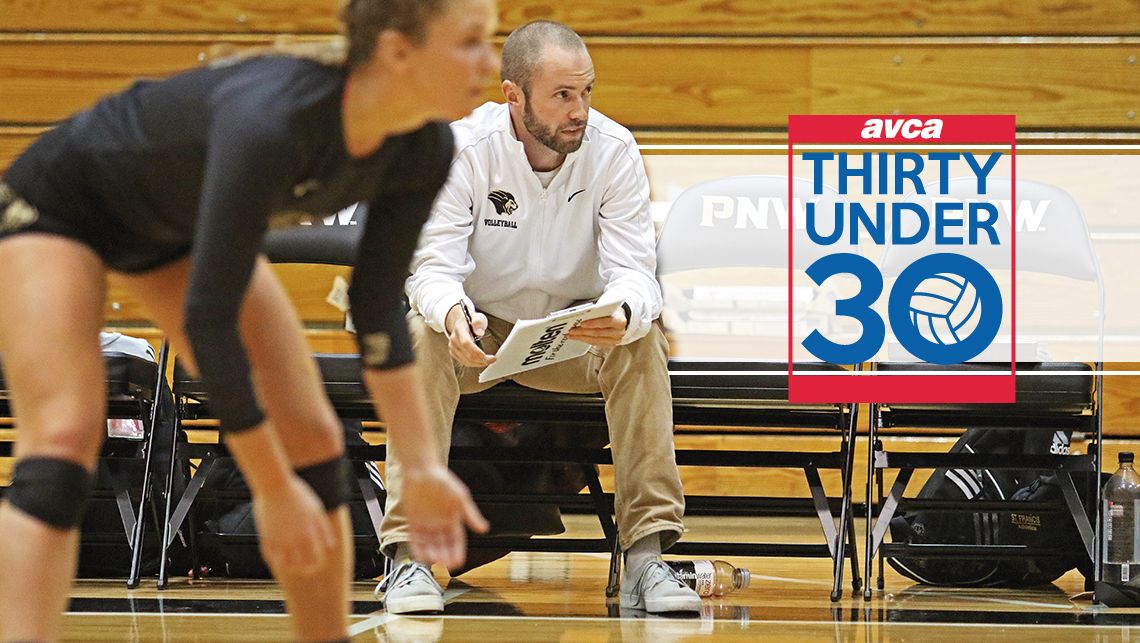 “I am very proud and honored to have been named to this list, as there are so many of my peers across the country that are strong candidates as well,” said Sackett. “It is so rewarding getting to see athletes get stronger and understand the game of volleyball, while also seeing them develop into who they are as people.”

Cory also has led to great success at club 1 volleyball including a national championship, four All-Americans, four Academic All-Americans and an All-American MVP.

The AVCA awards 30 of the top coaches under the age of 30 in every division of collegiate volleyball out of over 200 nominations.

“I really want to thank head coach Julie Wiejak, Rick Costello and Chancellor Keon for all of the opportunities that have been given to me at Purdue Northwest.”

“Coach Wiejak has been an amazing mentor to me in my career and has helped teach me so much about the sport and the patience and dedication it takes to be successful in this career.”

Sackett is 2009 graduate of Lewis University and originally hails from Oswego, Ill.

The full release from the American Volleyball Coaches Association can be found at https://www.avca.org/awards/thirty-under-30-awards/2017-winners.html