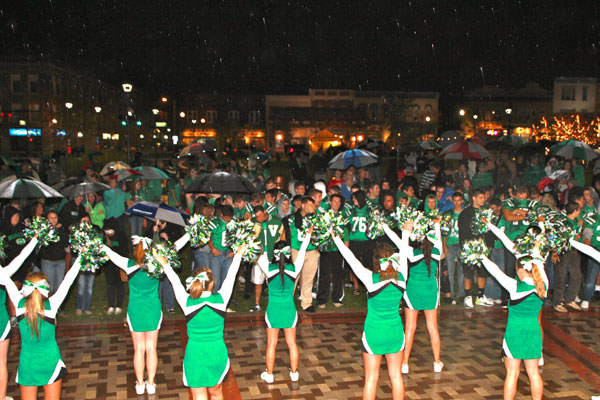 We were out with the crowd on Thursday, October 4, 2012 while the students, teachers, and organizers marched in the rain and cold for the Homecoming Parade from Valparaiso High School to Central Park Plaza in downtown Valpo. There, a huge pep rally was held to show support for the Vikings who were getting ready to face off against the Portage Indians the next evening.

Click here for photos of the parade and the pep rally! 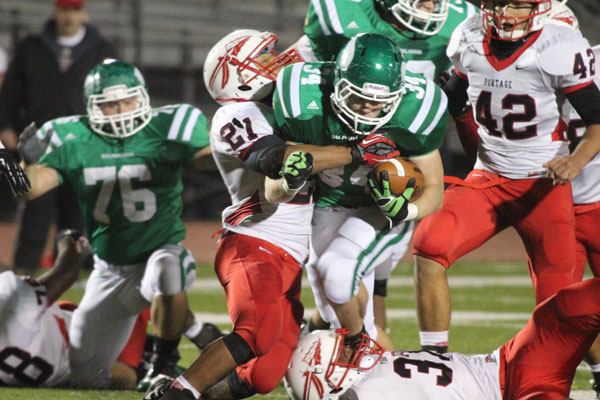 In the Homecoming Game on Friday, the Vikings trounced the Indians 43-14. Stephen Simms led the way for the Vikings, tallying 191 yards of offense with 11 rushes and three catches. Andrew Kittridge also added 159 yards on the ground.

Click here for photos from the game and ceremony!

The game and ceremony were recorded and broadcast live by the Porter County Career Center’s Video Productions and Media Studies class. They have archived the footage, which you can watch on demand below!