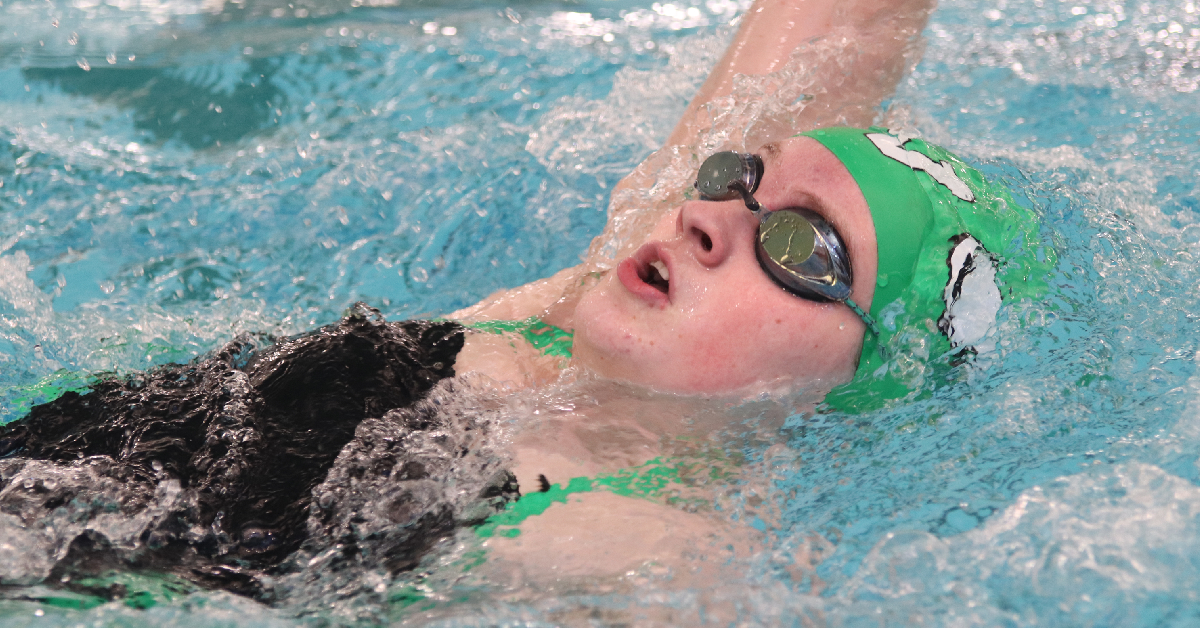 When Valparaiso High School began planning the new aquatic center in 2017, opening day seemed a long way away. They’d been waiting more than a decade for new swim digs. A couple weeks ago, for swimmers and coaches, it finally happened. And today, the school hosted its first meet in four years, welcoming Munster and South Bend Riley to the pool thanks to the massive improvements that have brought them to regulation.

“It’s been a gamut [of emotions] to say the least,” said aquatics director and boys swimming coach Adam “Boomer” Nellesen on opening day for the swimmers a couple weeks ago. “I grew up swimming in the old pool since I was 4, and just knowing that this is here, and we’ve got our kids in here – it’s just been a really exciting moment to be part of it.”

While the old facility served the school well for most of its lifetime, the lack of updates has, over the last several years, caused the aquatics program to limit the scope of their programming, affecting everything from recruiting to community involvement.

When the referendum passed to allow additional funding for capital improvements at a number of schools, planners made the natatorium renovation a priority.

The new pool itself has gone from six short lanes to 18 lanes under normal operation, and 22 lanes when diving isn’t in use. Now at 50-meters, the pool has two movable bulkheads for flexibility no matter the event.

“The whole adage – if you build it they will come – I think we’ll find out,” Nellesen said. “I think our club is set up for great success moving forward, and this clearly is going to be a huge part of what our swim teams look like. I hope to keep kids here in Valpo now, and make them proud to come here and represent Valpo in this facility.”

Pete Sattler, women’s head swim coach, said the natatorium will do wonders for the development of future swimmers, homegrown in the Little Vikes Swim Academy.

Due to the pool’s size and desk space, the coaches can now fit both men’s and women’s teams in for practice at the same time, opening space for the younger swimmers to hit the pool earlier.

“That’s huge – that’s been the biggest thing all along,” Sattler said. “We’ve been having our elementary kids going home at 9 o'clock at night because we were in the pool for four hours every day after school. So for them to be able to get in at 5:30 and have more time – and more lanes - now they’re going to be able to really open the program a lot more,” Sattler said, adding that they’ll no longer have to limit signups to such an extent with the additional time now available.

Nellesen is looking forward to seeing some big support for swimmers and divers this year.

“From a spectator standpoint, we’ll be able to have new meets. There’s seating for 800, and the brand-new scoreboard – it’s state of the art, one of the best in the country – the third-largest high school scoreboard in the country,” he beamed.

The new natatorium will also make way for more community involvement in swimming. The aquatics program is planning community open swim, and their website says other programs like water yoga, high-intensity interval training, aqua play, birthday parties, lifeguard training, and more are in the works for later in the year.