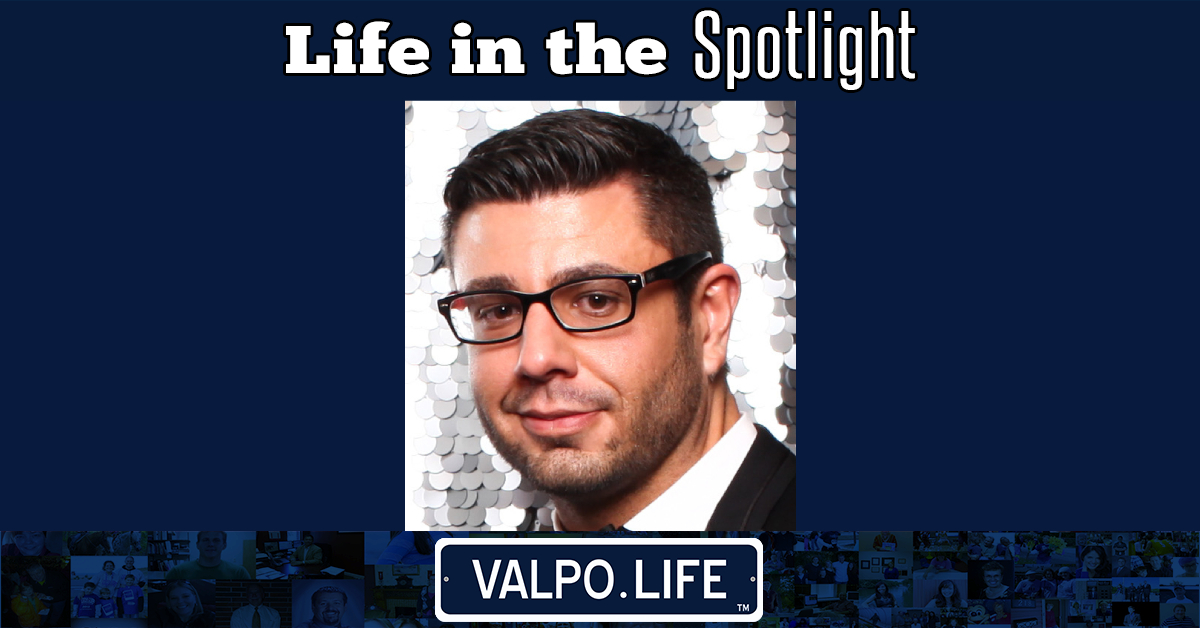 The freedom of creativity can open up all kinds of new possibilities, and Adam Wiltfang’s creative mind helped him achieve one of his greatest dreams. Since 2004, Wiltfang has been making the community of Valparaiso a lot happier and a little bit sweeter, quite literally. As the proud owner of Designer Desserts in Downtown Valparaiso, Wiltfang gets to express his creativity through the greatest means: making cupcakes and desserts for the community.

Wiltfang grew up in Hebron but found himself spending a lot of time in Valpo. He and his family used to come downtown as much as they could to shop, explore, and take in the sights.

“This town was always so great to me and full of smiles,” Wiltfang said. “This was a great place to open a business. Everyone here is always willing to give a smile.”

One of the most unique parts of the job is getting to work with his customers, especially those who are looking for creative wedding cakes. He said that it can lead to hours of work, but loves talking through everything and seeing all the different ideas that they can conjure.

“The best part of it is that everyone is different,” Wiltfang said. “I had one client create a half traditional wedding cake, and half hockey fanatic cake. Even with something basic I want to make sure it is unique to each customer.”

And then there are the birthday cakes. Although most kids don't care about design at first, Wiltfang still loves seeing the look on their faces when they walk in for a treat.

“When I bring it out, they smile ear to ear, and that’s so cool to see.”

With all the hours and all the customers, things can get a little crazy. Wiltfang said he spent more than 100 hours on just a single wedding cake. He has one way to describe the work that he does.

“Creative chaos,” Wiltfang said. “You spend hours all week on a project and then you get to start all over -  it’s edible art.”

Some ideas lead to a visit to the drawing board again, but it doesn’t stop Wiltfang from pushing his creative limits.

“One of my favorites was the strawberry balsamic cupcake with goat cheese frosting,” Wiltfang said. “It didn’t go as well as I thought it would. I want to expand my menu and I can't wait to see what we come up with next.”

There is one more passion that Wiltfang has, and that is helping take care of animals. When he is not spending time at work, he is off volunteering at the Humane Society.

“At home, I have seven dogs and two cats,” Wiltfang said. “It can be a little crazy around there but I still want to maybe add more pets to the family some day.”

Adding more will require a lot more space, and that's just fine for Wiltfang. Though not for a while, his dream is to buy a farm and just bring in as many animals as he can.

“Ever since I was a kid, I’ve loved animals,” Wiltfang said. “They give a high amount of unconditional love and I want to just give it back in return.”