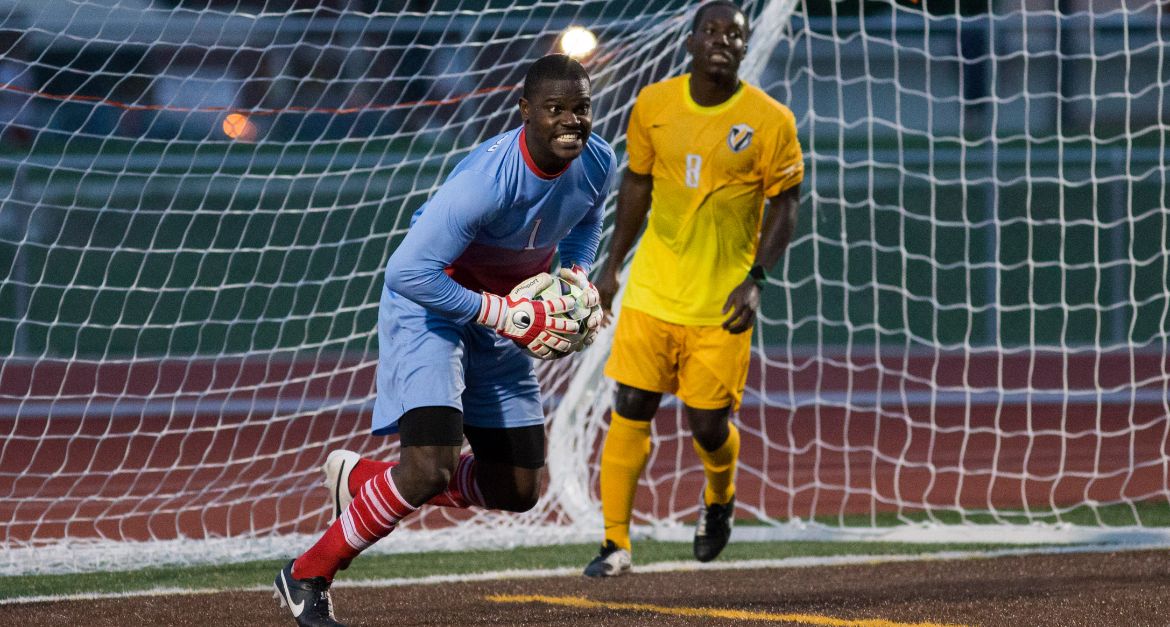 The Valparaiso University men’s soccer team won in dramatic fashion Monday night at Brown Field, winning in the first overtime against #23 Omaha on the first career goal by sophomore Andrew Avram (Scottsdale, Ariz./Saguaro). With the win, the Crusaders set a new program record by earning a result for the seventh straight game, while also defeating multiple ranked opponents in the same season for the first time.

“It was an exciting night for us, for sure, but we first want to congratulate Omaha on a great game and on the fantastic start they've had to their season. We scouted them closely and we knew that this was going to be a stern test for us, and it was. Omaha is talented, well coached, and I am confident they are going to be a major factor in the Summit League race this year,” said head coach Mike Avery afterwards.

Coming towards the end of the first overtime, in the 99th minute Omar Lawrence (Kingston, Jamaica/Excelsior) crossed a ball into the box, where a player from each side went towards it. The pair coming together deflected the ball over towards Avram on the right side of the box. Avram popped the ball around a defender and found himself one-on-one with the goalkeeper, where he struck a shot to the upper-left corner of the goal.

“Our guys have had a week that would challenge any team in the country with three very difficult games in just six days, and we were still able to come together and find enough energy to put together a very good performance,” said Avery. “We pushed the game from start to finish, generated a lot of quality chances, and in the end scored a wonderful goal to win the game. I'm very proud of the boys.”

Avram’s golden goal was his first career goal, and extends the Crusaders’ streak to seven consecutive games with a result, dating back to the win in extra time over Western Illinois on Sept. 4. Valpo had previously earned a result in six consecutive games on multiple occasions, all under Avery.

The Crusaders’ reputation for being strong defensively against ranked opponents also continued on Monday. Nico Campbell (Kingston, Jamaica/St. George’s College) and the Crusaders extended their streak of scoreless soccer to 462 minutes, as Campbell made two saves against Omaha (6-2-1) to earn his fifth clean sheet of the season, including four consecutive shutouts.

“The challenge now is to get our legs back, catch our breath, and start to prepare for a huge conference game on Saturday against another good opponent in Milwaukee,” said Avery.

Valparaiso (5-2-2) will be back in action on Saturday when it travels to Milwaukee for a Horizon League matchup at 7:30 p.m.