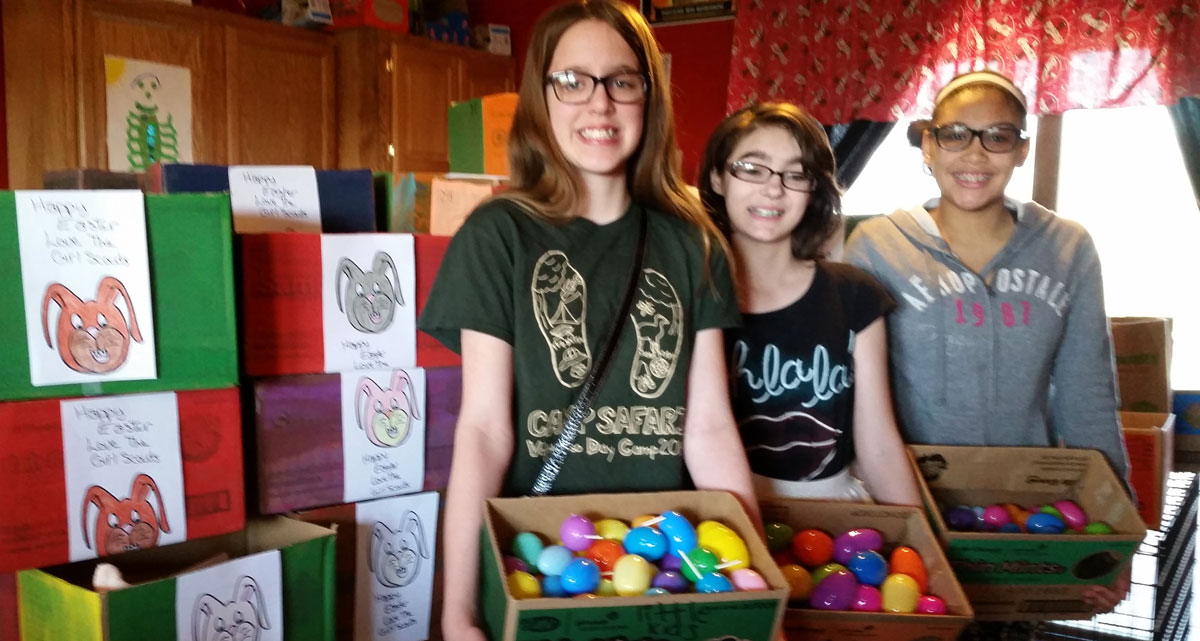 Cadette Girl Scout troop 229 planned and executed a service project for Carmelite House children’s home in conjunction with the Easter holiday in April. The 6th grade girls from Washington Twp. Middle School planned a party with the girls making cupcakes for the snack and creating 66 individual Easter baskets for the resident children at Carmelite House. Highlights of the party were doing an egg hunt and having photos taken with the Easter bunny. Along with troop leader Candy Fisher the girls also sought donations totaling over $400.00 to buy new educational toys for the play room at the Carmelite House. Sister Mary Michael acted as advisor to the troop for this project.

The Community Service award was presented to members of Troop 229 at the annual Valparaiso/Washington Twp. Girl Recognition Event on Sunday, May 31 for the many hours they put into giving these children a fun day. 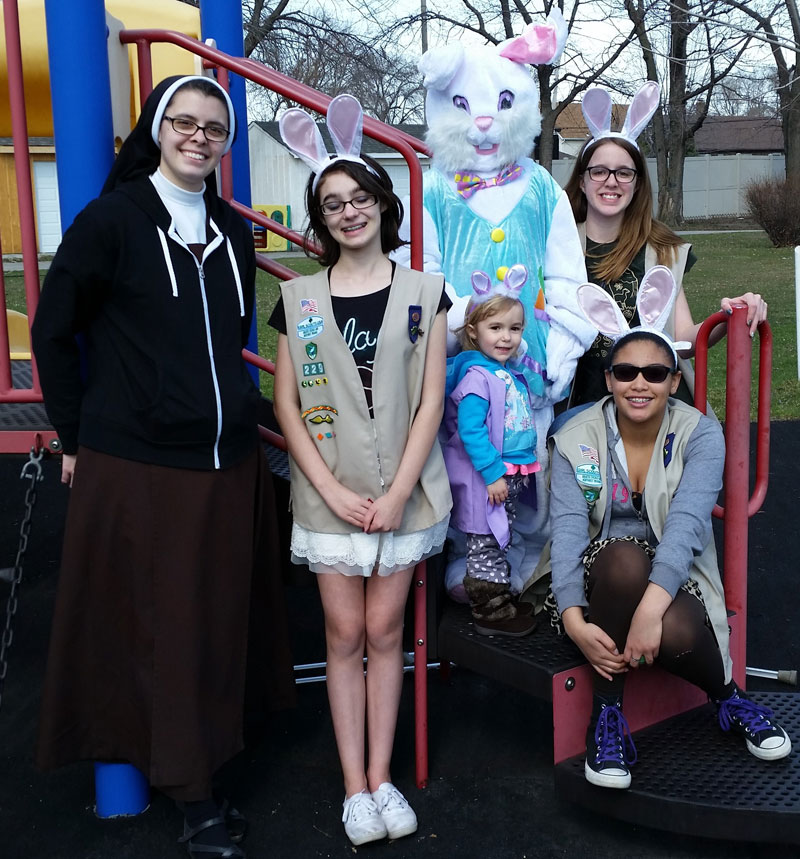