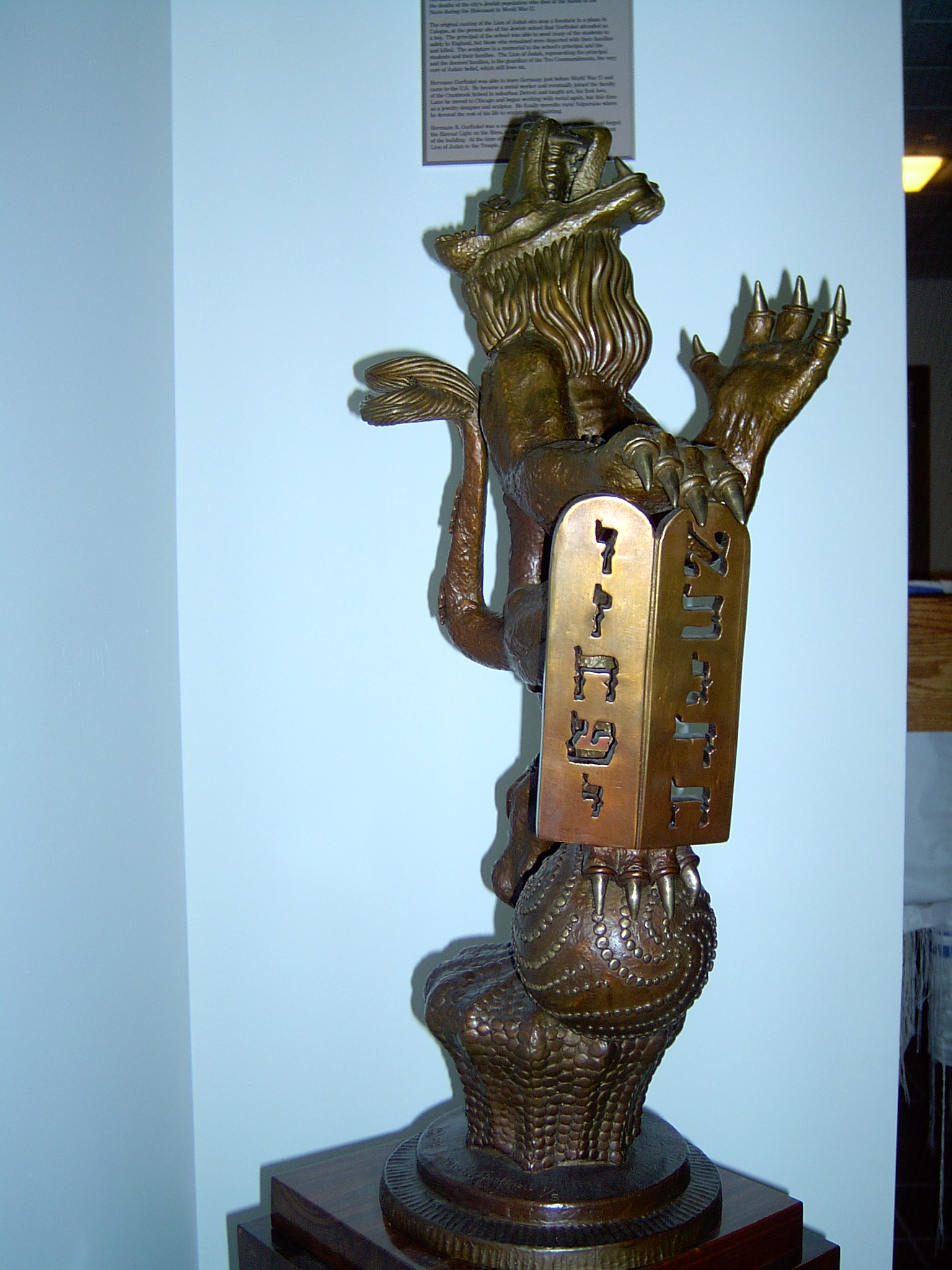 The Brauer Museum of Art at Valparaiso University in Valparaiso, Indiana, is anxious to know what works and jewelry by the late Hermann Gurfinkel (1916-2004) remains in the local community and that are available elsewhere that could be borrowed for the exhibit opening May 15, 2015 and running through August 9, 2015. Please contact Gregg Hertzlieb, Director/Curator ghertzli@valpo.edu or 219.464-5365.

The late Valparaiso resident, artist, sculptor and jeweler Hermann Gurfinkel received Germany's highest civilian award in 2000, the Cross of Merit. Hermann escaped Hitler's Germany and made a new life for himself in the United States. After years of working as a fine jeweler on Chicago's fashionable Oak Street, he came to Valparaiso, Indiana to pursue art for art's sake in the 1970s. Several of his works grace public landscapes in northwestern Indiana. Notably "Big Steel" in Hammond's Harrison Park, "The Reader" at the Lake County Reference Library in Merrillville; "Mother and Child" at the LaPorte Hospital in LaPorte, and the seven branch Menorah on the facade of Temple Israel on Evans Avenue in Valparaiso. The Valparaiso congregation also has a Lion of Judah sculpture that is a smaller scale of another on the former site of Hermann's gymnasium in Cologne, Germany. Gurfinkel was commission by the German government to commemorate in sculpture, the other gymnasium classmates and principal that remained in Germany and that were murdered by the Nazis. The Indiana Jewish Historical Society included Hermann Gurfinkel amongst a group of internationally or nationally famous Hoosiers to their Honorary Board in 2004. He signed his acceptance from his Chicago hospital bed where he died a few weeks afterward. 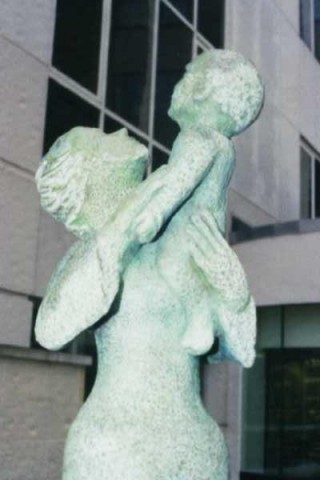