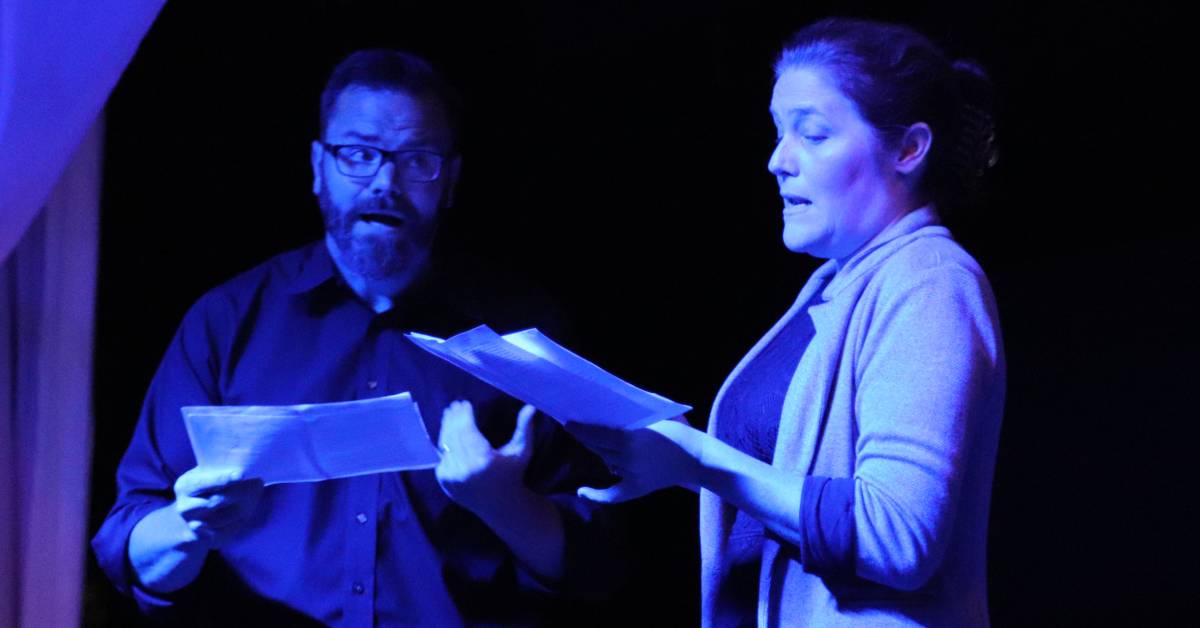 The best theatre companies manage to balance the cutting edge and the familiar. Patrons line up to see works that capture their attention, and return for the next show if they felt comfortable and welcome in their surroundings--no matter the subject matter being played out on stage. If the line wrapping around the block outside of Chicago Street Theatre on the night of their 65th Season Preview Party was any indication, it’s safe to say that this community theatre guild has found that balance.

As has become tradition, Chicago Street Theatre celebrates their upcoming season of productions by putting their craft into action. Rather than making a simple announcement, the company hosted a mixer complete with appetizers and adult beverages, followed by a compilation of teasers to each of the shows in their new season. Admission was free (although by the end of the scenes, a season pass was looking pretty appealing to some attendees).

For their 2019-2020 season, Chicago Street Theatre once again demonstrated their balancing act by selecting a batch of shows with something that appealed to every audience-goer. Plus, some of them make for exciting choices to appear in the Region theatre circuit.

Mandy Hull, who will be directing God of Carnage, said she looked forward to the season and the night of performance ahead of her. Entrusted with singing part of a lusty duet from Toxic Avenger (which had the crowd in stitches, by the way), Hull had the opportunity to demonstrate her multifaceted capabilities on and off the stage.

“This is my third time working with Chicago Street Theatre, and I was quite honored to be selected as one of the directors this season,” Hull said. “I’ve participated in a lot of theater around the Region, and this is one of my favorites.”

Hull joked that, although God of Carnage seems docile with its 4-person cast, static stage design, and contemporary setting, the play’s bawdy overtones will surprise viewers. And she can’t wait.

“There’s a particular special effect that I can’t spoil,” she dished. “But I’m very excited about that challenge. I can’t wait to pull it off and see the audience’s response!”

“He’s only a few years older than me, but I grew up loving the guy and his work, and I’ve met him a few times,” Fabbri said. “We love to see shows here whenever we can, it’s a really fun atmosphere.”

While the theater has clearly built up a reputation on its shows—both the new and the familiar—Fabbri and most others expressed a sentiment that the atmosphere itself is part of the draw. Ralph Caron, an Orland Park native who transferred to Valparaiso 22 years ago with his wife, Faith, has been a season passholder for six years. He and Faith convinced their friends Frank and Sharon Ambrosic to join their new tradition. Now, the whole posse comes to shows, and even maintains a regular seating area.

“We have fun together,” Caron said. “We love causing a little trouble when we can, but it’s always entertaining.”

With their regulars, intrigued newcomers, and smashing list of shows, Chicago Street Theatre has plenty to celebrate. For their 65th Season, they’ve also unfurled a new logo, a fresh website, and new artwork for their shows. Regulars and newcomers alike welcomed the news.

Kaye Frataccia, teacher with Valparaiso Community Schools and a foundation member with Memorial Opera House, described the appeal of community theater as a connective tissue that unites members of the community.

“You have the little communities of actors and artistic talent that unite in theaters like this, and then they entice the whole community to come together and take in a mutual experience,” she said. “Art builds our community, and theater is one of our best examples. Community theater is a wonderful connector of people in any community.”
For more information on Chicago Street Theatre and its 65th Season, visit their website.