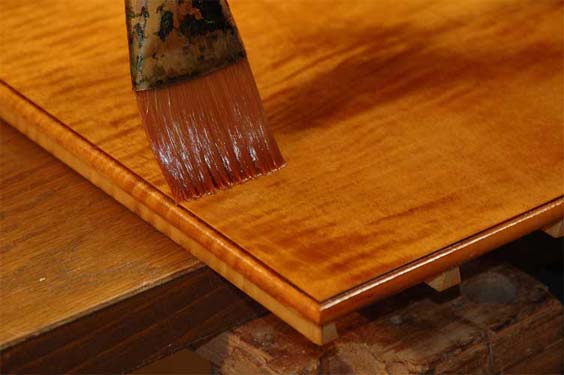 The day after. President Obama said during his press conference that he took a real shellacking at the polls on Tuesday. The word “shellac” conjured up different memories and meanings for me. In my lifetime I have always lived in old houses. I have spent many hours renovating houses, stripping painting, redoing floors, varnishing woodwork, and shellacking old furniture.

My mother told me stories of her childhood in the 1910’s and ‘20’s. Spring always meant spring cleaning. It was thorough. All furniture and carpets were removed to the backyard on a dry day when there was no forecast of rain. All floors in the house were cleaned and shellacked every year. It only took a few hours for the thin shellac to dry and the house was put back in order. But this renewal, housecleaning, redoing, shellacking was done yearly.

Shellacking was a normal pattern of life. It was good maintenance. It kept the house in good order. The only repudiation was the repudiation of dirt. I checked my dictionary, you know, the old fashion book, with pages, not the on-line dictionary that can talk to you. The dictionary gave three senses of the word shellac and the dates that the sense became common. The 1793 entry was “purified lac”, 1876 –”to coat or treat with shellac; to defeat decisively”, 1931 – shellacking – “a decisive defeat: drubbing”. No one knows where this idea “drubbing” came in but newspapers started using it the ‘30’s to describe beatings by gangsters. I am just musing that maybe the associating with shellac and beatings come from the fact that during spring cleaning when all the rugs were outside they were also beaten, to remove the dust. Vacuum cleaners were new and expensive.

The pundits are having their heyday with the shellacking of the President some saying there has not been such a shellacking since the 1930’s. I see it as a normal and good part of life. It is especially so when you examine the life of the Church. The stories of the saints very often begin with he/she led the reform of…The check and balance of reform when you can step back and examine it, is as normal as the yearly shellacking my mother told me about. So fear of shellacking should not be our first reaction, of course, if you are the one to be sanded and scrubbed it might hurt a little, it no worse the Saturday night bath.

This past week on the Roman Calendar of Saints the name of Charles Borromeo (November 4) appeared. In Prof. McBrien’s Lives of the Saints he writes: “Charles adopted a simple standard of living for himself and gave away to the poor much of his substantial revenue. He …reorganized the diocesan administration. His reforms were so energetic and far-reaching that some disgruntled members of the Humiliati, a lay movement originally founded to serve the poor and that had grown rich and lax itself, hired someone to assassinate him in 1569. Charles was only slightly wounded. … When in 1978 his Cathedral canons refused to cooperate with some of his reform programs, Charles founded a society of diocesan priests.”

What does all this mean to us? When was the last time you were shellacked? From the founding days of the Church reforms were always taking place. Like the Humiliati once the reform took place the reformists grew smug and corrupt and needed to reform again. Does this not happen to us? Don’t we grow smug in our own order? Do we defend our own order without examining it to see if it has worn too thin and we are now becoming corrupt? Our human condition is that we are the created of God and because we are created we are not perfect. We can with God’s help do great things but it is only by constant renewal that we will grow.