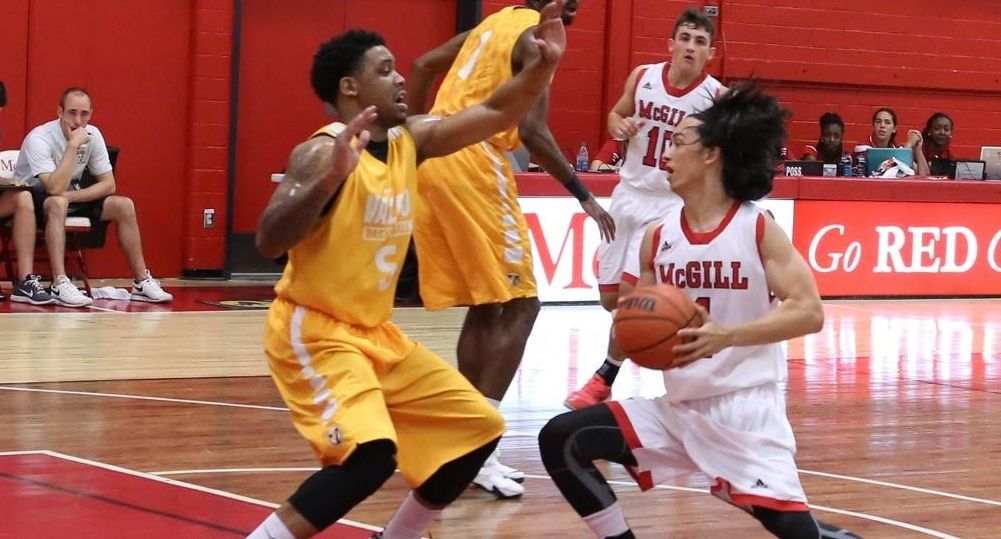 Facing a team in McGill University which ranked second in Canada last season in scoring defense, the Valparaiso men’s basketball team was hardly fazed, leading nearly start to finish in an 80-60 victory over the Redmen Tuesday night in Montreal. With the win, the Crusaders improve to 3-0 with two games remaining in their Canada trip.

The Crusaders shot 46% from the floor on Tuesday, led by a 7-for-10 effort from senior Darien Walker (Chicago, Ill./Simeon [John A. Logan/Arizona Western]), who finished with a game-high 18 points. Walker connected on both of his 3-point attempts, as did junior Jubril Adekoya (Tinley Park, Ill./Andrew), as Valpo hit 53.3% (8-of-15) from the 3-point line.

Valpo led nearly start to finish in the victory, only surrendering the lead after an 8-1 run by the Redmen erased the Crusaders’ early 8-2 advantage. Valpo responded by holding McGill scoreless over the final 3:54 of the first quarter, scoring 10 straight points – including six by Walker – over that span to go ahead 19-10 at the end of the first 10 minutes.

McGill would not go down quietly, moving to within one point at 24-23 halfway through the second quarter, but a 6-0 spurt which included back-to-back dunks by sophomore David Skara (Zadar, Croatia/Ekonomska Skola Zadar) and junior Shane Hammink (Millingen aan de Rijn, Netherlands/Oakley College [LSU]) gave the Crusaders breathing room. Valpo would eventually take a 36-30 lead into the halftime break.

The Crusaders held McGill at bay throughout the third quarter and led 59-51 at the end of 30 minutes thanks to a late 3-pointer by senior E. Victor Nickerson (Atlanta, Ga./Norcross [Charlotte]) that beat the shot clock buzzer. Valpo then locked down in the fourth quarter, outscoring the Redmen 21-9 as Adekoya scored eight points in the final quarter and Hammink put the exclamation mark on the win with a two-handed jam while being fouled.

Walker was joined in double figures by junior Alec Peters (Washington, Ill./Washington), who finished with 12 points, and Hammink, who posted 10 points to go along with team highs of six rebounds and four assists. Montreal natives Max Joseph and Tevonn Walker played 22 and 15 minutes, respectively, in their final game in their hometown.

With three wins under its belts, Valparaiso leaves for Ottawa on Wednesday for the final two games of the trip.