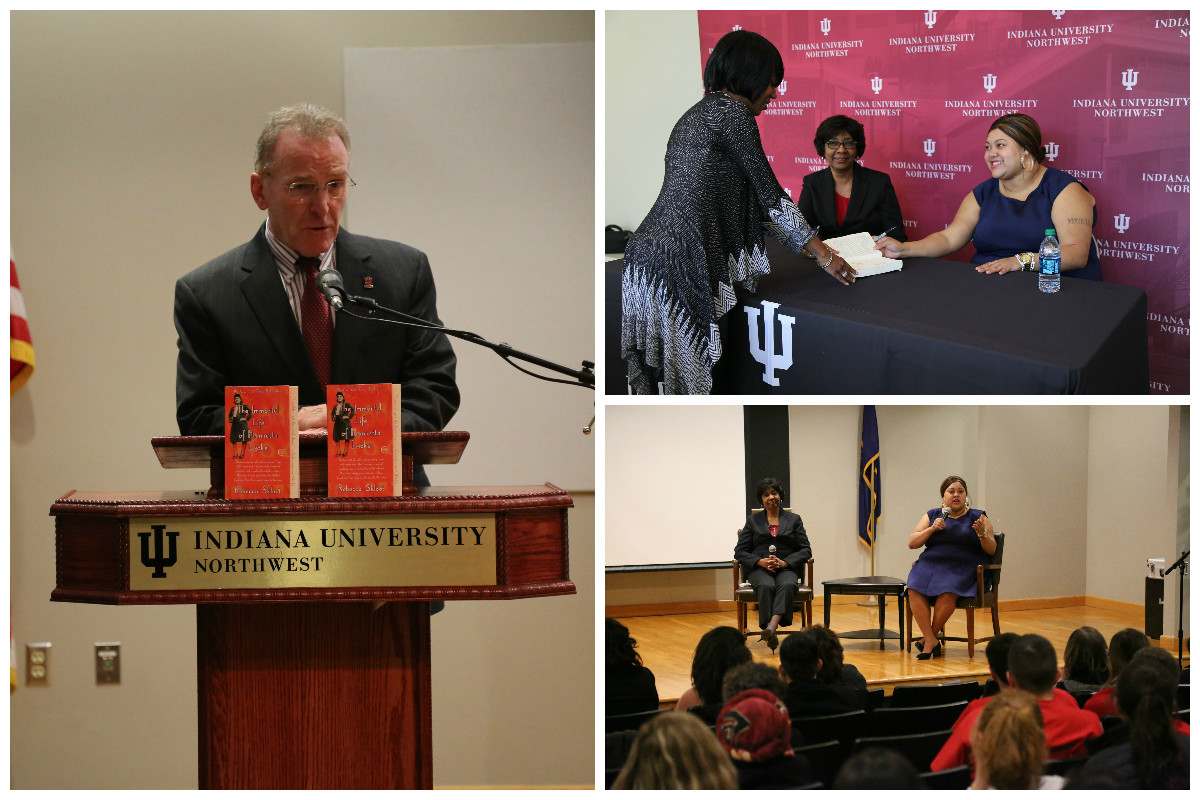 Indiana University Northwest Chancellor William J. Lowe, and the campus’s One Book … One Campus … One Community… Reading Initiative, recently introduced a packed auditorium to two family members of Henrietta Lacks, a woman whose cells were taken without her knowledge in the 1950s. Her story, chronicled in “The Immortal Life of Henrietta Lacks” by Rebecca Skloot, sparked an ongoing bioethical and racial debate. Veronica Robinson and Shirley Lacks, the great-granddaughter and daughter-in-law of Henrietta Lacks, discussed Henrietta’s legacy as the origin of many breakthroughs in medicine, as well as the family’s struggle with the ethics of how her cells were acquired.

The pair answered questions about the family’s views on the scientists’ actions, the legacy of Henrietta and her contributions to medicine and more. Attendees had a chance to speak one-on-one with Veronica and Shirley and have copies of the book signed. The book is the topic of an upcoming film starring Oprah Winfrey on HBO April 22.