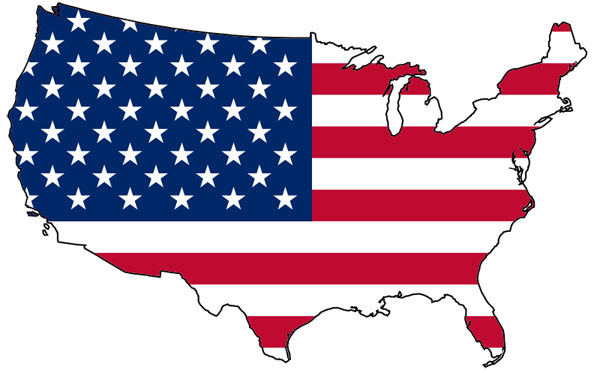 The election sauntered across our landscape like a two-year tornado, churning debris and data into a soupy mix of dialogue and diatribe. It left a trail of destruction – or opportunity – however you choose to view it, but alas, it’s over. Today the clouds have cleared and a new day dawns. Maybe the sun shines on an opportunistic horizon, or one fraught with more challenges and gridlock. In reality it’s both. But since we don’t know for sure we might as well get moving.

Each election process teaches us something about ourselves, because let’s face it, we make it ugly. However, the process itself is a beautiful thing especially when you think about the sacrifices it took to create it. Millions lay in graves - some well-manicured and revered, others never found or marked – to provide us with this privilege to choose our own representation as a people. Our founders made themselves enemy of the Crown, even formally Declaring such on a length of parchment with their prominent signatures. It’s hard to put into context in our world today the significance of that act. Our forefathers left their homes and families often for years, for our independence and right to choose our own representation. They fought through winters with no provisions – many even with no shoes - against a professional army of foes. They died horrible deaths on battlefields here and abroad, in little pastoral Pennsylvania towns or on heavily fortified beach bulkheads in the Pacific and Atlantic. Some knew the instant they stepped out into the open they would die, and they stepped anyway.

Social media is a blessing and curse. This instant access to information and dialogue is a little bit like handing over the keys of a suped-up muscle car to a teenager. Sometimes it seems like we’re not quite sure how to handle it yet. On Election Night 2012 we saw the best and worst of it. There were people who posted (Tweeted? Flickr’d? YouTubed?) comments about being embarrassed and ashamed of their country, or who wished ill-will on the President and his administration. After all that we went through to assure this process, that’s how we respond? Dead patriots aren’t concerned with our politics, but we at least owe them the respect and courtesy of never being ashamed of the process they died to provide us. One has every right to be disappointed with an outcome, but ashamed and embarrassed? Really?

That’s not the America I know. The America I know is a nation of 300 million perspectives, ideas and opinions, but has one Ideal – Life, Liberty and the Pursuit of Happiness.

In the ever-expanding mosaic that is our Republic, one election is but one tile. Yes, there is great importance placed on the choosing of our leaders and their policies. But in the end, what it really comes to are policies that are based on perspectives, ideas and opinions. We’ve survived revolution, slavery, suffrage, depressions, and civil rights – all the product of policies. We’ve acted in ways that in hindsight we can call embarrassing or for which to be ashamed. But the beautiful process of choosing our leaders is like a stainless steel freight train that never stops; we try to ugly it up with our graffiti, throw stones at it, and complain about its noise – but our democracy and future is in its boxcars. If we derail it, we derail our future. We elect the engineer, but we build the tracks. And we always – eventually – get it right. We seem to always recalibrate back to laying track toward Life, Liberty and the Pursuit of Happiness.

There is nothing to be embarrassed or ashamed about today. Sure, many are disappointed and maybe in an emotion-charged impulse posted or said something unfortunate. But never be embarrassed or ashamed about this Great Republic and the privileges we’re given. Those privileges bear the tremendous weight and sacrifices of those before us; let’s honor that with the respect it demands.