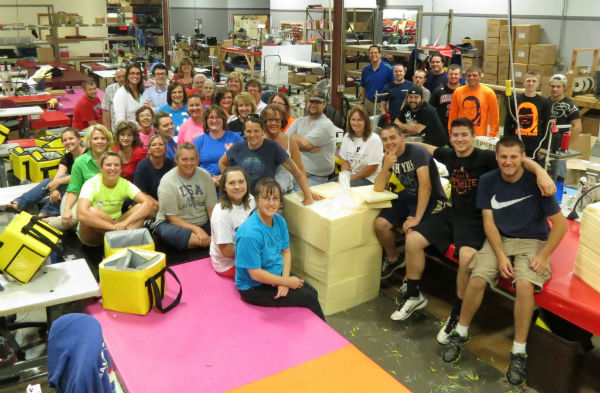 Recently, I had a chance to spend some time inside one of our local businesses that is turning overseas manufacturing on its head. Thomas Dermody is a State Representative and runs a growing business in La Porte named TCB Manufacturing that is driving that revolution. Tom and his wife Jackie took over TCB Manufacturing about three years ago and they make multiple products. But what they are known for the most are their insulated food and beverage delivery bags.

A growing manufacturing business? Right here in Northwest Indiana? Aren’t businesses like Dermody’s supposed to fail in the globalization movement?  Normally you would flip the products that Dermody’s company makes over and you’d see a shiny little “Made in China” sticker on the bottom. Made in America is a thing of the past, right?

Instead of failing, TCB Manufacturing is succeeding. In the past three years, the number of employees has quadrupled. The workers range from college kids to older adults that have been in the working world for a long time. They are local people – made in America. 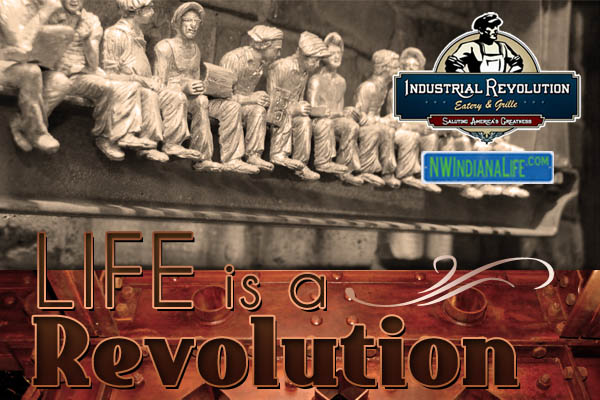 “I realized that I could constantly complain or I could get involved. There are families here that want to work,” Dermody said. “I want to give them the opportunity to do so.”

You can find TCB Manufacturing’s products all over the country. They work with major name brands and groups like the NFL and Nike and Nestle. Business is booming, and not once has a job been sent to another country to make that happen.

Dermody's factory has to be bustling to make all of these products and when you think of factories and  manufacturing places, you would thing that they are supposed to be hot, dank and dirty with sub-par working conditions. And aren't the workers supposed to be...unhappy? Well, upon entering the his facility, I found that it was bright, clean, cool and there were colorful people there who genuinely enjoyed their work. They were and are proud to be part of such a great and growing team in La Porte.

Dermody himself is quite an interesting guy. He’s a business owner, a republican, a past president and vice president of the school board in La Porte and a born and bred Slicer. He loves his community and there's nothing that makes him happier than just giving back to it. And with TCB Manufacturing, Dermody is able to do just that by bringing in jobs and money to La Porte and keeping them there.

Being a politician and owning a business has given him insight to the difficulties that businesses face when slapped with so many government rules, regulations and restrictions, which he takes with him to Indianapolis to help make the state as business-friendly as possible. He knows that you've just got to have faith in your abilities and your employees abilities, the willingness to roll up your sleeves and get dirty, and the drive to keep going when things get tough. And this is America. We're made of some tough stuff.

Dermody works closely with local leaders like Dr. Glade Montgomery (La Porte Schools Superintendent), and politicians from all over Indiana, and could care less about the Republican vs. Democrat debate. As long as you’re there for the right reasons and you’re working toward the betterment of things, then he’s all for you. Heck, his father-in-law is Jim Arnold –another Indiana Senator and Democrat.

“I’m excited about our youth. These young people will be our future leaders,” Dermody said. “And I’m a better person because of being a business owner, state representative and member of my community.”

Dermody thinks that politics aside, we can all make a difference. And we don’t have to leave the country to do it. That’s revolutionary thinking.