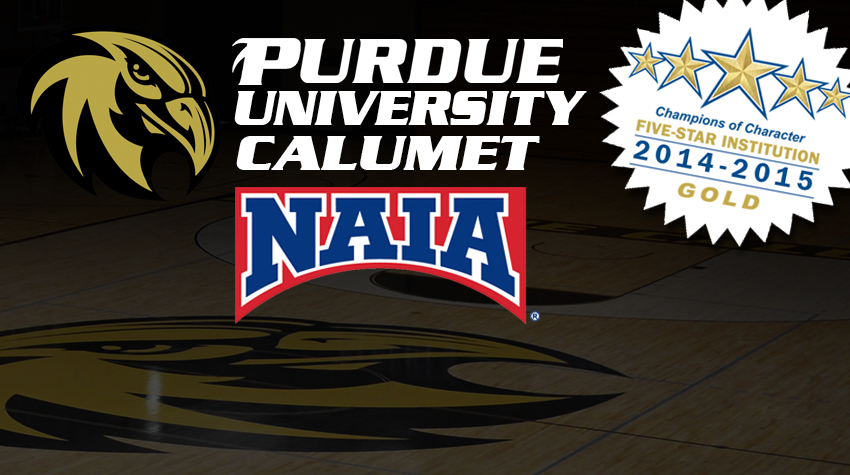 The Purdue University Calumet Athletic Department has been recognized as a Gold Champions of Character Five-Star Institution for the 2014-15 academic year, as announced by the National Intercollegiate Athletics Association Thursday.

Purdue Calumet is one of just 29 institutions to earn the honor, which is award to institutions who display commitment to the five key areas of the NAIA’s Champions of Character Scorecard. Every NAIA institution and conference has their progress in pursuing character education tracked and recognized annually for achievements in training, promotion and conduct in competition. The Champions of Character Scorecard measures commitment in five key areas with a possible of 100 points.

“I want to congratulate our coaches and staff on an amazing job in character training, conduct in competition, academic focus, character recognition and character promotion,” Director of Athletics Rick Costello said. “I am so proud of the efforts of our student-athletes, coaches, and staff — a job well done!”

In addition to stellar conduct on the field, the Purdue Calumet athletic department saw its student-athletes record over 1,000 hours of community service and participate in more than 20 different projects for the 2014-15 academic year, including serving as volunteers for the Move For the Kids Run, Leon’s Triathlon, the Hammond Food Depository, the R-Dub Club with local Hammond elementary schools, the Hammond Holiday Parade, to name a few.