Burton, a 5-foot-4 guard, is the all-time leading scorer for the Senators with 1,311 points. She also set the single-season scoring record with 457 points this past season, when she averaged 20.8 points, 4.3 rebounds, 3.6 steals and 1.1 assists per game. Her 20.8 points per game led all of the Porter County Conference.

“Heather will provide us depth at the point guard position,” Megyesi said of Burton. “She can score and pass to the open teammate and has nice qualities for a point guard.

“She’ll be a great fit in our system.”

After her senior season, Burton was named a Indiana Basketball Coaches Association (IBCA) All-State Senior Honorable Mention, an all-PCC selection and to the Times of Northwest Indiana All-Area Second Team.

In addition, Burton was a two-time Mid-Winter Classic MVP, a three-year team captain, a four-year all-league honoree, and named to the Times Preseason All-Area Team.

Off the court, Burton was a member of the Distinguished Honor Roll, the student council, the National Honor Society, Students Against Drunk Driving and served as President of WTHS’ Key Club organization.

Burton is the daughter of Jeff and Donna Burton of Valparaiso, Ind. Not the first member of her family to play collegiate hoops, her father, Jeff, played basketball at Purdue North Central from 1988-1990.

Burton plans to major in Elementary Education at Purdue Calumet. 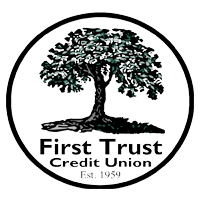