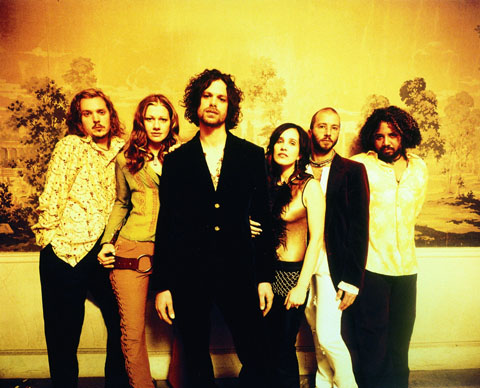 The Main Stage Entertainment will begin at noon at the Porter Health Amphitheater in Central Park Plaza. Four live bands will include The Acousticats, Killer Ray Allison, The Crawpuppies and Rusted Root. Main Stage Headliner, Rusted Root, will perform at 5 p.m. and has sold more than 3 million albums worldwide.

Formed in Pittsburgh by singer/guitarist Glabicki in the early ‘90s, Rusted Root’s worldly style quickly charmed fans of roots music and world rock. After debuting in 1992 with the self released Cruel Sun, Rusted Root signed with Mercury Records and released the 1994 platinum selling breakthrough When I Woke, which featured the hit songs Send Me On My Way, Ecstasy and Martyr. Not long after, the band scored on tours with Toad the Wet Sprocket, Santana, The Grateful Dead, Dave Matthews Band, The Allman Brothers Band, HORDE Festival and the highly coveted support role on the landmark Jimmy Page/Robert Plant reunion tour.

The Main Stage line-up is made possible by a partnership with NITCO as well as, NIPSCO, Duffy’s Place, Post-Tribune and Town & Country Market. For more information about the Valparaiso Popcorn Festival and other events planned for this year, visit VCFE at www.valparaisoevents.com or call 464.8332.