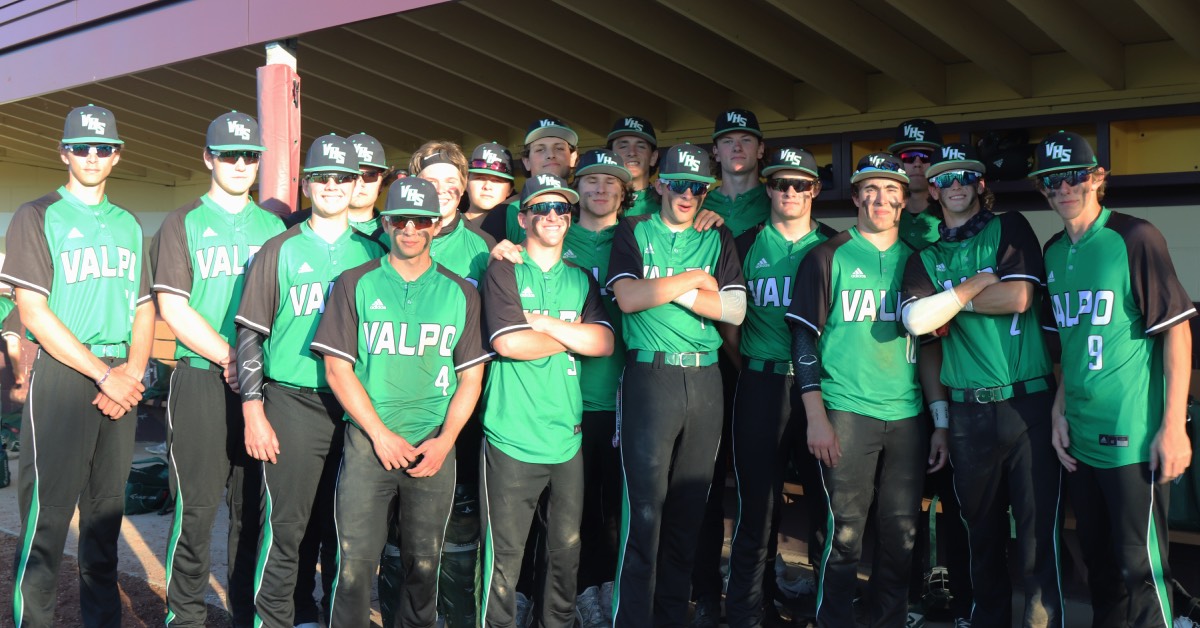 Portage did not get any runs; however, the game was tight up until the final batter. The bases were loaded, but Valparaiso’s pitcher, Grant Comstock, would not allow a tied game.

“It feels amazing,” said Comstock, a senior at Valparaiso High School. “Pitching at big games like today is what I’ll miss the most. I like the pressure. The team all has the same goal right now and that’s just to win ball games.”

The Valparaiso Baseball Team has its sights set on the second game in the sectionals tournament on Thursday, May 27. They will face Chesterton High School, who had a buy in the first round.

The individual players are looking forward to working together to compete for the sectional title.

“Everybody just wants to win. We’re all here and all together,” said Ty Gill, shortstop, team captain, and senior at Valparaiso. “I love the pressure too, and at big games like sectionals, it’s just perfect for that. I like everyone looking up to us as team captains and being a leader on this team. It’s cool.”

During the game, each team cheered from their dugouts. If, for a moment, it would go quiet, a team member would shout to encourage their teammates to keep it loud.

Although Portage lost this game, the boys were not mourning. Instead, they were looking back on the times they had with their teammates and appreciating them.

Blake Schulte, right fielder and senior at Portage, and Daniel Puplava, senior and first baseman for Portage, both shared their perspectives following the end of the game with bittersweet feelings.

“I’m excited, but I’m not ready for this next chapter to be honest with you,” said Puplava. “It’s gonna be a big change going from high school to college ball.”

Reflecting back on their season, Puplava and Schulte were proud of their team.

“It just shows that people bond so easily and that’s such an important thing in life. We started as not much of a team, and tonight just shows how far we came,” said Puplava.

“Going into this game, we thought, you know, give it all we’ve got,” said Schulte. “This could be our last game, and it turned out to be. So, why not end it as hard as we could. Our team was kind of like a brotherhood, you don’t get that in a lot of places.”

The Sectional Championship Game is set to take place on Monday, May 31 at 11:00 a.m. at Chesterton High School.