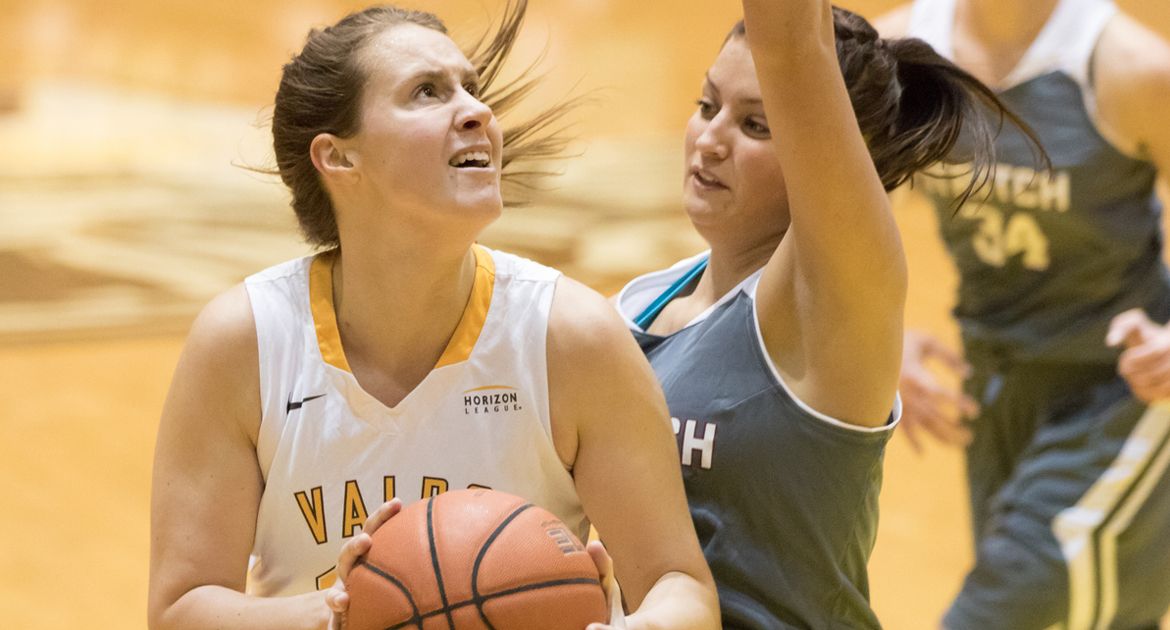 Shooting Struggles Plague Crusaders in Loss to Cleveland State
The Valparaiso University women’s basketball team put together a strong defensive performance on Saturday at the Wolstein Center in Cleveland, but a rough shooting night overshadowed the defensive effort in a 71-60 loss to Cleveland State. Dani Franklin posted her second consecutive double-double to pace Valpo.

Next Up
The Crusaders (5-11, 0-5 Horizon) seek their first Horizon League win of the season as they head to Youngstown, Ohio on Saturday to meet the Penguins (5-10, 1-3 Horizon) for a 3:30 p.m. CT tip. The game can be seen on ESPN3, WatchESPN and the ESPN app. In addition, the hometown call can be heard with David Horak (play-by-play) and Brandon Vickrey (color) via UStream. Links to live video, audio and stats can be found on ValpoAthletics.com.

Men’s Tennis Picked to Repeat at Horizon League Champs
Fresh off the first NCAA Tournament appearance in program history, the Valparaiso University men’s tennis team is expected to win the Horizon League again this season, based on voting from the league’s head coaches.

The preseason polls were released on Friday, as Valpo compiled 49 points and earned all seven possible first-place votes. Cleveland State received the remaining first-place vote, with coaches not allowed to vote for their own team. The Vikings amassed 35 points and are expected to finish second.

This marks the first time since joining the Horizon League the Crusaders were tabbed as the outright Horizon League preseason favorite. Last season they were the league co-favorites alongside Green Bay, which is picked tied for third with Northern Kentucky this year.

The Crusaders women open the season on Saturday at 4 p.m. at Western Michigan, while the Valpo men are slated to begin the spring next week.